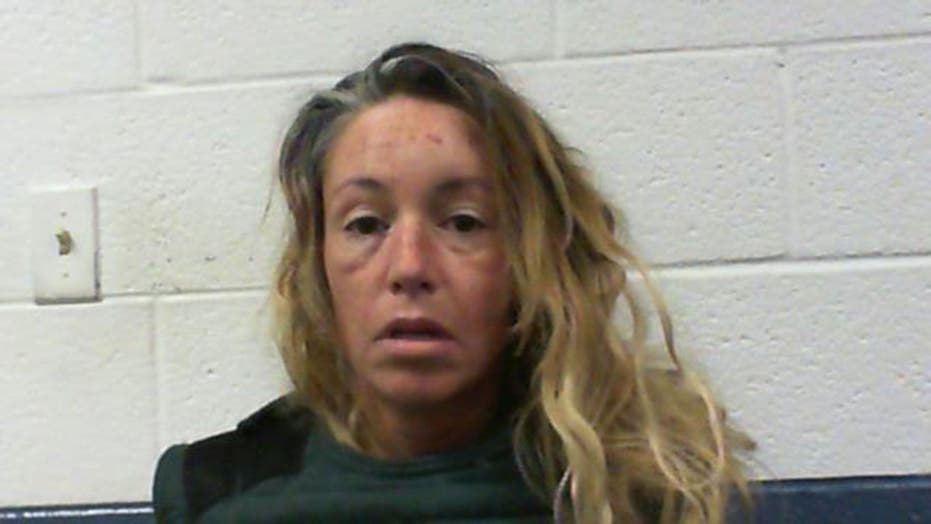 A Virginia woman will spend the rest of her life in prison without the possibility of parole for decapitating her boyfriend in 2018, according to Monday reports.

Roena Cheryl Mills, 43, of Rural Retreat, Va., was sentenced for her December conviction on a first-degree murder charge in the death of Bo White, 29, of Lenore, W. Va., news outlets reported.

Roena Cheryl Mills was sentenced Monday to life in prison without the possibility of parole in the death of a West Virginia man who was decapitated. (Mercer County Jail)

White's body was found at his home in April 2018 while his head was found in nearby woods.

A neighbor called police after seeing Mills covered in blood. She was wearing one glove, and a second glove matching the one she was wearing was found in the bedroom of White's home, according to a criminal complaint.

The complaint said Mills gave a sheriff's deputy a false identify and claimed she had been thrown through a glass door but wouldn't disclose her attacker.

Mills was brought in for questioning and told a deputy, "You have to take me back and let me get my heads," the complaint said.