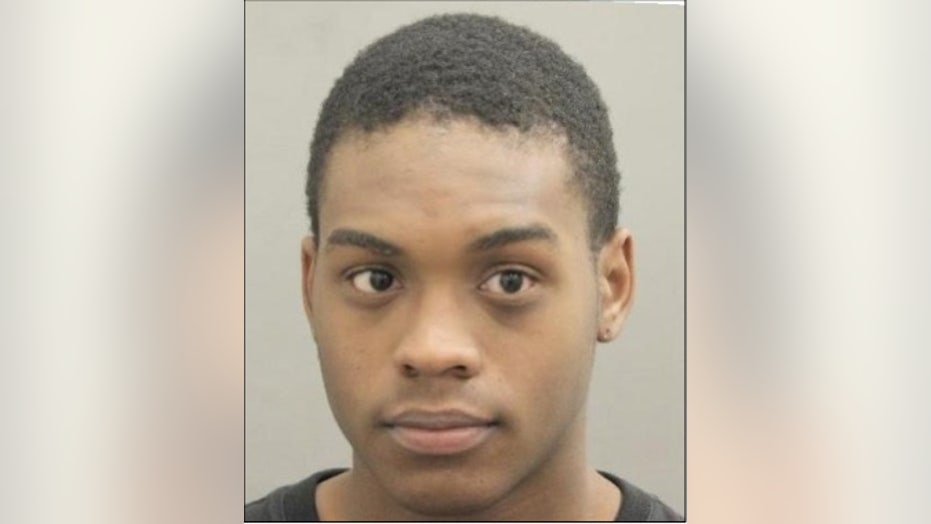 "Two distinguished military veterans were gunned down in their front yard," Fairfax Police Chief Kevin Davis said at a news briefing Wednesday. "[They] served out community for many, many years. And they were shot and killed in cold blood in their own front yard."

Ronnie Keandre Marshall, 20, is one of two suspects in custody in connection with a double homicide in Springfield, Va. (Fairfax Police Department)

Edward McDaniel Jr. and Brenda McDaniel, 55 and 63 years old, were shot to death outside their home in Springfield Wednesday morning, police said.

Eight felony charges have been filed, according to Fairfax’s major crimes unit commander, Major Ed O’Carroll. The suspects each face two counts of second-degree murder and two counts of the use of a firearm in commission of a felony.

He said police received a tip Thursday on the whereabouts of a vehicle connected to the case after a local resident called in. At that time, they said they took an unnamed person of interest into custody.

"Thanks to the community, we got our offenders," O'Carroll said.

He also credited U.S. Marshals for assisting in the arrests.

Both McDaniels were Army physicians, and Edward was an active-duty colonel, O’Carroll said.

Police said there had been a burglary call at the same home earlier in the week and that they believed the incidents were connected, police said.

Chief Davis said Thursday that police were unsure of a concrete motive but believed it had to do with a dispute stemming from the Monday incident. The suspects and a relative of the victims were co-workers, according to investigators.