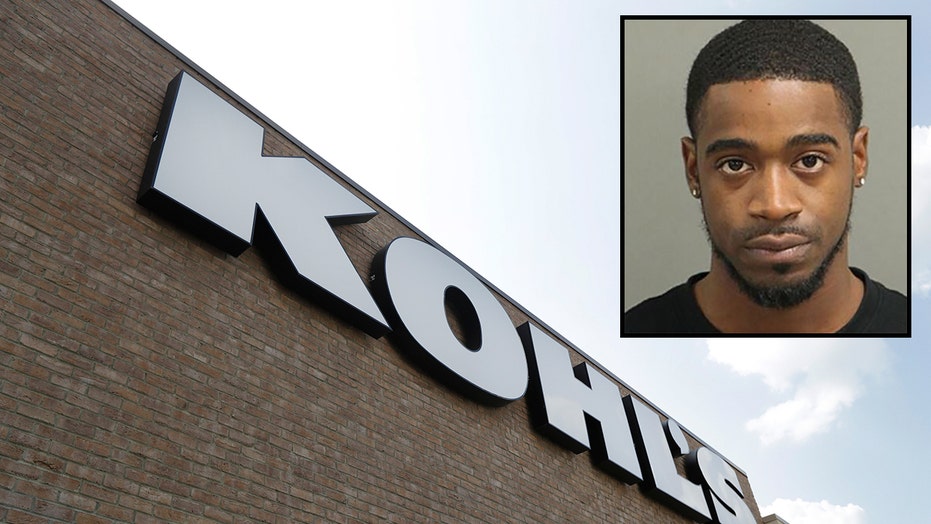 A Virginia man was arrested Friday after police say he was found sitting naked in a car in a North Carolina Kohl’s parking lot on America’s busiest shopping day of the year.

Tylik Shawdu Little, 28, was spotted after a patrolling officer smelled marijuana coming from a row of vehicles, the Knightdale Police Department said in a news release.

The officer ordered Little to put clothes on and exit the vehicle, but he instead tried to escape by driving behind and between nearby buildings, according to authorities. He was stopped a short distance away and taken into custody, wearing pants and a shirt.

“This sort of public behavior on the busiest shopping day of the year is particularly appalling,” said Police Chief Lawrence Capps. “We are glad no citizens were adversely impacted and pleased that our emphasis on proactive patrols paid off in this instance.”

Despite the area being packed with Black Friday shoppers, authorities said they believed that only the officer saw Little’s lewd behavior. No passersby or store patrons had reported Little, whose motives weren’t immediately known, police said.

Little was charged with indecent exposure, resisting arrest, marijuana possession. He was also served an outstanding warrant for assault on a female. He was being held at the Wake County Detention Center.