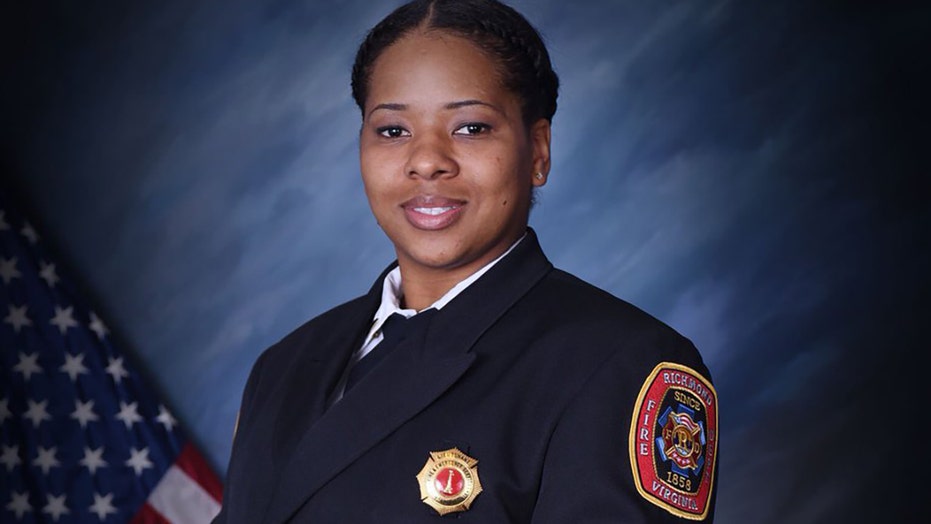 A Virginia firefighter mistakenly killed on Thanksgiving while shielding her 5-year-old son from a spray of bullets has been praised for her “last act of love.”

Richmond Fire Department Lt. Ashley Nicole Berry, 33, was at the wrong place at the wrong time when a stray bullet struck her as she left the home of her boyfriend’s family, Hopewell Police Chief Kamran Afzal told the Richmond Times-Dispatch. He said the apartment next door was the shooter’s intended target.

GEORGIA MAN CALLS OUT OF WORK DRUNK ON THANKSGIVING, SHOWS UP WITH GUN TO ROB IT, POLICE SAY

Police responded at 11:39 p.m. and said they found Berry suffering from serious injuries. She was rushed to a hospital where she later died.

Police and family members have remembered Berry's heroic final act in the days since her death.

“We believe she was shielding her child,” Afzal told the paper. “That’s what I’d expect from [a first responder]. Firefighters and police officers give up their lives for other people and don’t even think twice about it.”

"[I told him] 'Your mother's last act of love, for you, was to push you down,” he told WTVR-TV. “[She pushed you down] for a reason. The good thing is that God put his covering over you, so that we could still have you."

Speaking at a news conference on Tuesday, her cousin George Berry III said it was Ashley’s “motherly instinct” that let her protect her son from a “hail of gunfire.”

“She was a beloved mother of three and will forever be her children’s hero," he said.

No arrests have been made in the case. It was unclear what relationship the shooter had with the residents of the neighboring apartment.

Police said their only lead so far was a silver or gold SUV that was spotted speeding away from the area at the time of the shooting.