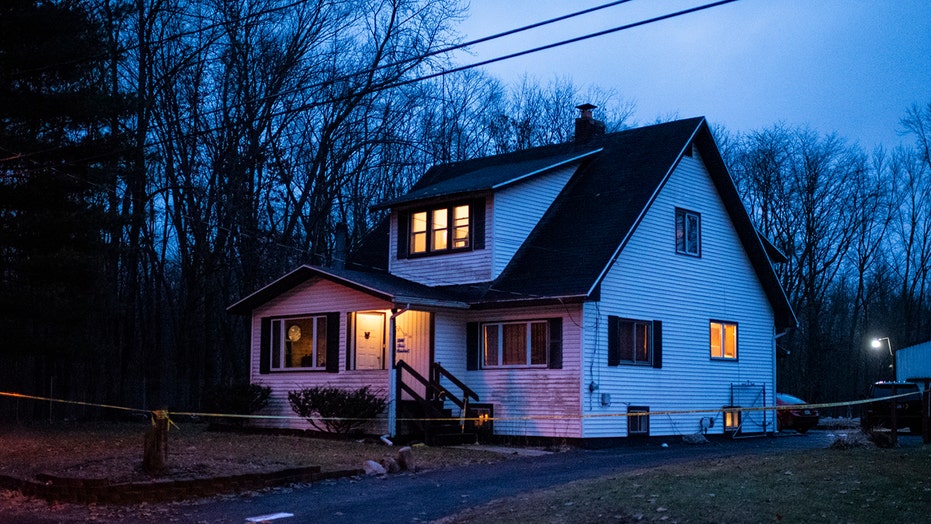 A hostage standoff at a Michigan home left a 22-year-old father dead, three police officers wounded and the suspected gunman ultimately in custody after what officials described as “40 minutes of mayhem.”

Christopher Ryan Lee Neal was watching television with his wife and child in their Comstock Township home Sunday night when an intruder broke in and took him hostage, Kalamazoo County Sheriff Richard Fuller said Monday at a news conference.

Fuller said Neal urged his wife to take their child out of harm's way as the unidentified suspect held him at gunpoint. His wife reportedly was able to flee to another room, where she hid with the child and called 911.

Officials from the sheriff’s office, Kalamazoo Department of Public Safety and Michigan State Police responded to the scene -- but before officials could initiate a full SWAT callout, authorities heard a gunshot from inside the home. Officers charged into the house “to try and save lives,” Fuller said.

Neal and his family were new to the Comstock Township community, Fuller said.  (Emil Lippe/Kalamazoo Gazette via AP)

Despite the suspect firing multiple rounds at the officers, law enforcement did not fire back out of concern a bullet could strike one of the innocent victims still inside the house. Fuller said that gutsy decision allowed the suspect to be taken into custody alive.

One officer from each of the responding agencies suffered a non-life threatening gunshot wound and all three were in stable condition, officials said. Neal, however, was found dead in his home. His wife and child were not injured.

“It struck me that this young child has a new future, a new future brought upon her by a tragic event that can’t be erased,” Fuller said, replaying the thought that ran through his head as he listened to the child play while deputies spoke to Neal’s wife following the incident.

While it was unclear whether the family knew the suspect, Kalamazoo DPS Chief Karianne Thomas said the tragedy was "nothing [the family] brought on themselves."

The suspect remained in custody Monday.

Police are seeking to file murder, home invasion, unlawful imprisonment, assault with intent to murder and firearms charges against the suspect.