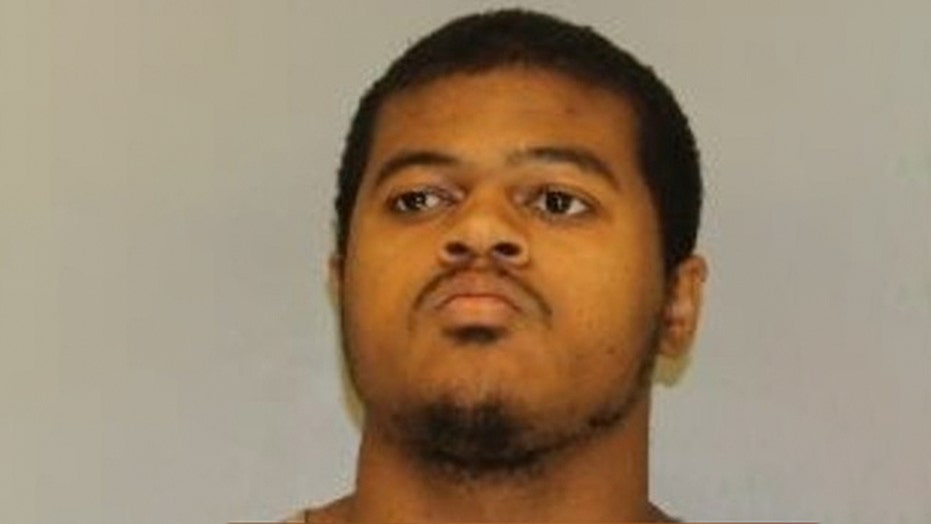 A Georgia man who claimed to be too intoxicated to work his Thanksgiving shift at a Steak ‘n Shake, nevertheless showed up at the franchise hours later -- apparently still drunk -- clutching a gun to try and rob it, officials said.

Kentarias Gowans, 20, of Flowery Branch, went to the steakburger and hand-dipped milkshake eatery around 10 p.m. Thursday and, instead of punching in, held a handgun to a co-worker’s head while demanding money, Oakwood Police investigator Todd Templeton told the Gainesville Times.

Numerous panicked employees and patrons alerted 911 and police arrived less than a minute after the bizarre incident began, authorities said.

Gowans was apparently still drunk when he showed up to the restaurant with a handgun in an attempted robbery, police said. (Hall County Sheriffs Office)

The officers first on the scene were greeted by the sight of frantic customers and workers fleeing the restaurant, police told the Atlanta Journal-Constitution. Officials said they soon encountered Gowans, who was apparently still intoxicated, and ordered him to drop his weapon.

Police told the paper Gowans initially began to raise his gun at officers before throwing it to the ground.

Officers used a stun gun to subdue Gowans when he struggled during the arrest, police said.

It’s unclear whether Gowans has a lawyer – or a job.