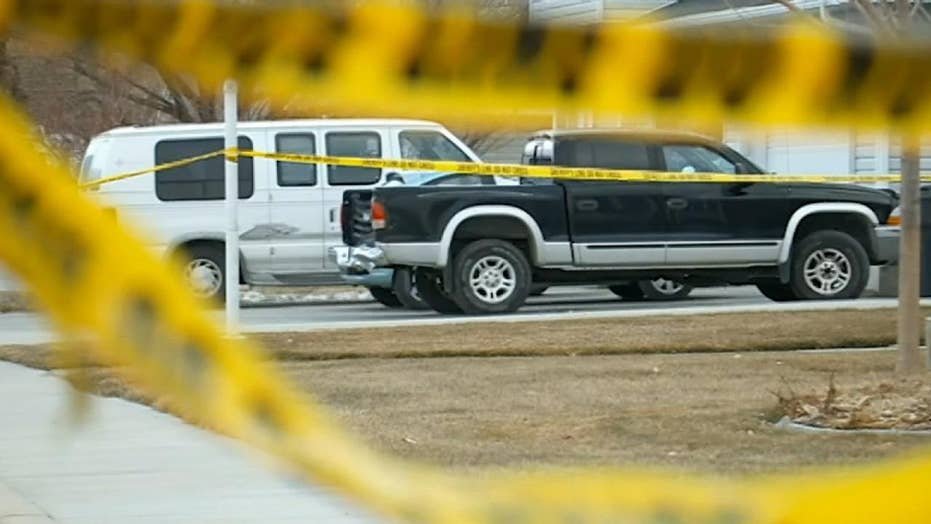 Teen charged with murder of four family members in Utah

Grantsville community gather for a candlelight vigil to mourn the victims while police confirm a teen suspect is accused of shooting and killing four members of his family.

Police in Utah have released the names of four family members shot and killed in their home Friday night, and said the boy charged with their murders has refused to speak with investigators searching for a motive.

The victims killed in the shooting were identified as 52-year-old mother Consuelo Alejandra Haynie and three of her children: Alexis, 15; Maylan, 14; and Mathew, 14, the Grantsville City Police Department said Monday in a news release.

The father, 50-year-old Colin Haynie, was wounded in the shooting, and has since been treated and released from a hospital, police said. He requested privacy for his family.

Officers responded to a call of shots fired inside a Grantsville home around 7 p.m. Friday and found the bodies, the news release said.

The unnamed shooter and the father were gone when officers arrived, police Sgt. Rhonda Fields said. Authorities later learned someone had driven the two to a hospital.

Officers arrested the boy at the hospital, where he surrendered peacefully. He faces four counts of aggravated murder, one count of attempted murder and multiple counts of felony discharge of a firearm.

While police said the boy is related to the family, authorities declined to specify his age, how he is related or release his name until formal charges are filed.

Since the boy was not cooperating, detectives have been trying to piece together a timeline of the shooting, Fields said.

“The biggest question everybody has is 'why' and, while we may not be directly able to answer that, we hope to be able to gather some information ... to prevent something like this or offer support to those who may need it," Fields said.

The small town of Grantsville, population 11,000, is about 35 miles west of Salt Lake City. Fields said the killings were the town’s first homicides in two decades.

“The depths of sorrow that we feel is matched only by the overwhelming outpouring of love that we feel from the Grantsville and surrounding communities,” the letter read, in part.