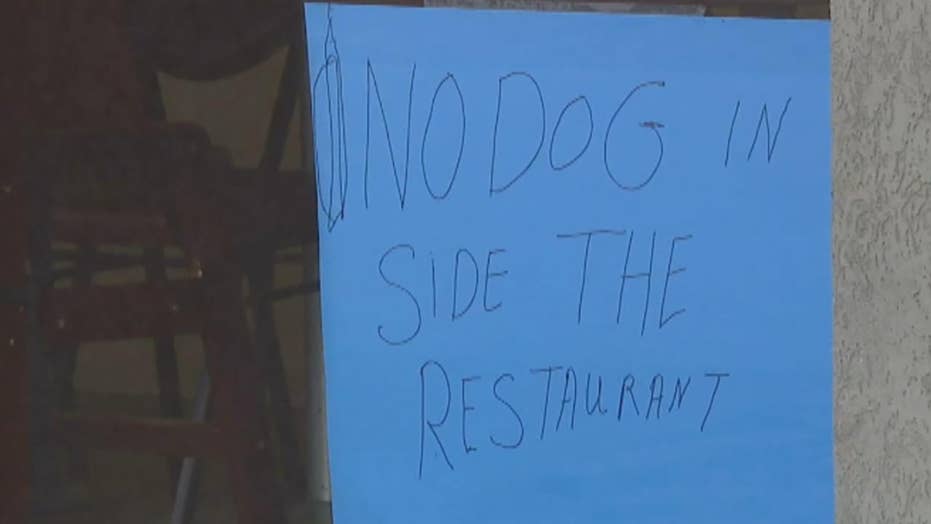 Customers are upset after the owner of a Utah restaurant turned them away for attempting to enter with their service dogs.

Two customers said the owner of Bombay Grill in Ogden refused to serve them if they brought their service dogs inside in separate incidents in a two-week span.

Bombay Grill in Utah, where customers say they were turned away from the restaurant for having service dogs with them (Google Maps)

Missy Warwood, whose 5-year-old son, Jefferson, has Down syndrome, tried to eat at Bombay Grill for her birthday in May, according to Fox 13. Jefferson, who can't speak, has a service dog named Sage. She said Sage keeps Jefferson calm.

UTAH MAN GORED, TRAMPLED IN BISON ATTACK WHILE OUT ON TRAIL RUN

When they walked into the Utah Restaurant, she said the owner immediately told them to leave and said, "No dogs."

"We tried to educate him, and let him know that we have every right to be here. It's my son's service dog. He needs it," Warwood told Fox 13. "And he said, 'No. It's my opinion. It's my restaurant. And I say no dogs.'"

After they left, the family posted ADA regulations online to the restaurant's Facebook page. The regulations require businesses that serve the public to allow customers to bring service animals into areas where customer are allowed and bans restaurants from discriminating against people with disabilities.

One of the veterans, Abraham Swank, said his service dog named Temperance helps with his mobility and anxiety. Swank told Fox 13 he wouldn't be able to leave the house by himself without his dog.

Another veteran from the group, D Berard, said her dog, Xena, helps with her medical issues and PTSD.

"I also have severe hearing loss," Berard said. "If there's something behind me that I'm unaware of, she'd make me aware of it."

They tried to enter Bombay Grill but were turned away just like the Harwood family.

Bombay Grill told Fox 13 it doesn't allow dogs because of a previous incident involving a canine, with the owner calling the restaurant "his responsibility."

When asked about the ADA laws, the owner said he has read the laws but stands by his policy of no dogs inside.

"I want them to understand, it's not just the act of rejecting an animal," Berard told Fox 13. "They are also rejecting a person, an individual, who has a disability that they are already living with every single day."