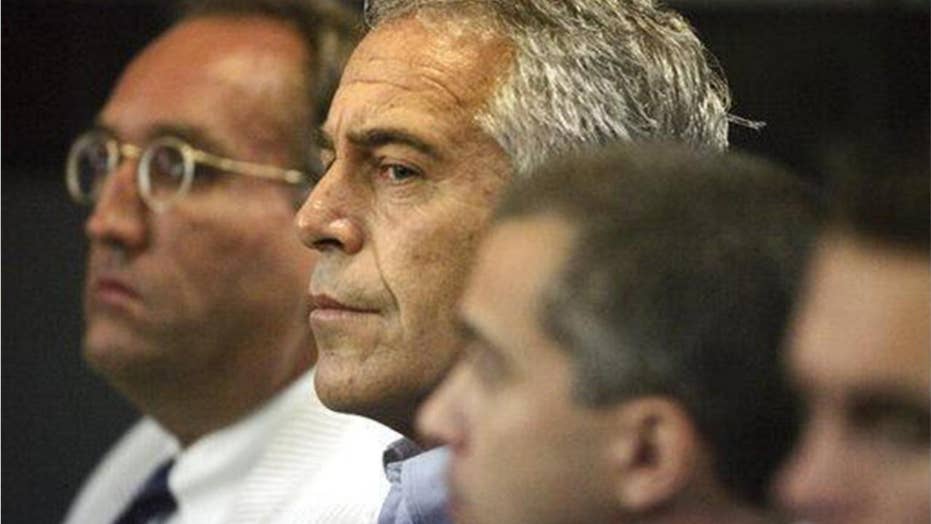 Forensic pathologist Dr. Michael Baden explains why he believes the Epstein case should be further investigated based on new evidence.

In an extraordinary move, the government of the U.S. Virgin Islands on Wednesday sued the estate of accused sex trafficker Jeffrey Epstein, claiming that the disgraced financier raped and abused girls as young as 11 and 12 years old at his private islands in the Caribbean.

The lawsuit against the estate expands the scope of the allegations of Epstein's misconduct and accuses him of abusing girls much younger than originally thought. He had been charged in Manhattan with sexually exploiting dozens of women and children in New York and Florida. He was convicted in 2008 for solicitation in Florida.

A close-up view of Jeffrey Epstein's stone and turquoise home on Little St. James, one of two islands the disgraced financier bought in the US Virgin Islands. (Barnini Chakraborty/Fox News)

The newest lawsuit against Epstein, who was found dead on Aug. 10 in his prison cell at the Metropolitan Correctional Center in New York City, claims that he kept a computerized database to track the availability and movements of the girls.

EPSTEIN SUICIDE EXPLANATION HAS 'TOO MANY INCONSISTENCIES,' FORMER US ATTORNEY SAYS

In one incident, Epstein and his cohorts allegedly organized a search party to catch a 15-year-old victim who tried to swim away. When they caught her, they apparently took away her passport in an effort to keep her captive, The New York Times first reported.

The U.S. Virgin Islands is seeking the forfeiture of both of Epstein's islands, as well as the dissolution of several shell companies that officials claim he used as fronts to traffic girls. If the government wins, it could take the assets recovered and give them to the people he victimized in the area, George said.

The lawsuit is the first filed against Epstein's estate by a government and could do a lot to restore the region's tainted reputation as an adult playground with no consequences for the rich and powerful.

"We will not remain complacent, and we will enforce our laws," George said. "It doesn't matter the social status of the person. It's the laws that apply equally."

Court documents show that Epstein skirted the law in the U.S. Virgin Islands as late as July 2018. He allegedly refused to allow an investigator from the Virgin Island's Department of the Justice to step foot on Little St. James, claiming the private island's boat dock was his "front door."

While Wednesday's lawsuit is the first of its kind against Epstein, several of his alleged victims have brought civil suits against his estate.

Late last month, a woman who claims she was just 14 when she had a sexual encounter with Epstein at his mansion in Florida sued for coercion, inflicting emotional distress and battery. The lawsuit, filed in Palm Beach County, asks for an undisclosed amount of money.

In August, two unnamed women who claim Epstein sexually abused them filed a $100 million lawsuit against his estate and his "female recruiter."