Small and mid-sized police departments are grappling with maintaining staffing levels that have, in some cases, dipped to their lowest lows in decades, but recruiters are finding new ways to attract new candidates.

Big-city police departments such as Chicago’s are not the only jurisdictions facing hiring woes, as small- and mid-sized police departments, such as Missouri’s Independence Police Department and New Haven Police Department in Connecticut, are struggling to fill a record number of vacancies. Departments have, in some instances, reached some of the lowest staffing levels they've seen, representatives tell Fox News Digital.

"Right now, we’re allocated 230 officers for our department for commissioned officers, and we are about 38 short," Independence Police Officer Jack Taylor, the agency’s public information officer, told Fox News Digital Thursday. "I’ve been here 20-plus years. I don’t think I’ve ever seen where we’ve had that many officer vacancies."

An Independence, Missouri, police vehicle at an incident in which a child was shot in November 2020. (Independence Police Department Facebook)

As a result, Independence Police Department has had to pull officers from other units in the department, such as investigations, community services and the traffic unit, to cover patrols, Taylor said.

Officers from the patrol unit are "the ones that go answer 911 calls and calls for service from citizens," he explained. "We have to make sure that that’s adequately staffed, and we don’t have those people.

"The other units in the department tend to suffer because of that," he added. "It kind of trickles down to the community not getting the type of service that we’d like to provide."

As a result of officers being moved to the patrol unit, Taylor said, "there’s less detectives there to investigate your case."

"Your case is going to take a little bit longer to get assigned to a detective," he added. "There’s less traffic officers. There’s less accident investigators responding to an accident."

Taylor said he believed the issues his department is facing extend "nationwide."

"Officers really haven't been portrayed in the best light here lately," Taylor said. "Even within the last couple of years, officers every day run the risk of being indicted, being sued, being killed – sometimes all three in the same call. I think people look at it and go, ‘Do I really want to get into that mess?'"

"It’s one of the lowest levels we’ve ever been on," Zanelli, of the department’s Professional Standards & Training Division, said.

The department has 408 positions, but only 336 are filled. Zannelli attributed the vacancies to multiple issues, including anti-police rhetoric and an inability to offer competitive compensation.

"You have a lot of the criticism on policing — some of it warranted, some of it not," Zannelli said. "The defund movement has taken a toll on us."

The department has also gone through contractual changes, which have altered the retirement package offered to new recruits.

"Despite those small numbers or those low staffing numbers that my agency is at right now, my officers are working twice as hard," Zannelli said. "Right now, our violent crime is lower than every other major city. And the town of Hamden, which is our neighboring town."

Nonetheless, he said, the hard work comes at a cost to the officers.

"I think the cost is, a lot of times, personal. And what I mean by that is the officers are missing time with their families," Zannelli said.

DeCarlo, a criminal justice professor for the University of New Haven’s Henry C. Lee College of Criminal Justice and Forensic Sciences, told Fox News Digital the police-to-citizen ratio has not been "keeping pace with the increase in population." 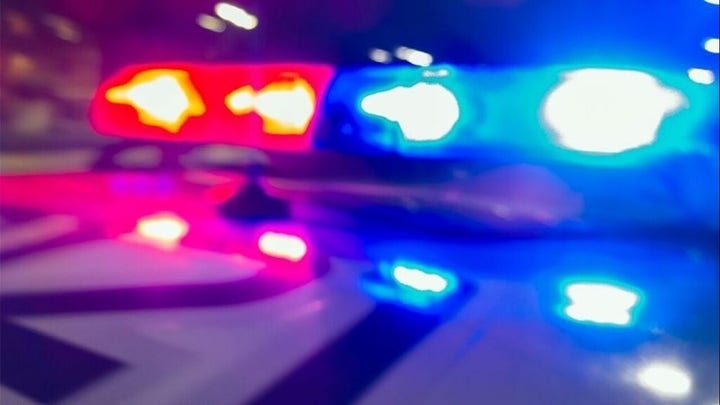 "Really, the biggest number of police departments … are in the cities and towns with less than 2,500 people," said DeCarlo, a former police chief and 34-year veteran of Branford Police Department in Connecticut. "And there are about 3,900, about 4,000 police departments that serve populations under 10,000."

"We saw a small increase of about four-tenths of a percent in police over the last year," he explained. "However, we saw more of an increase in population. 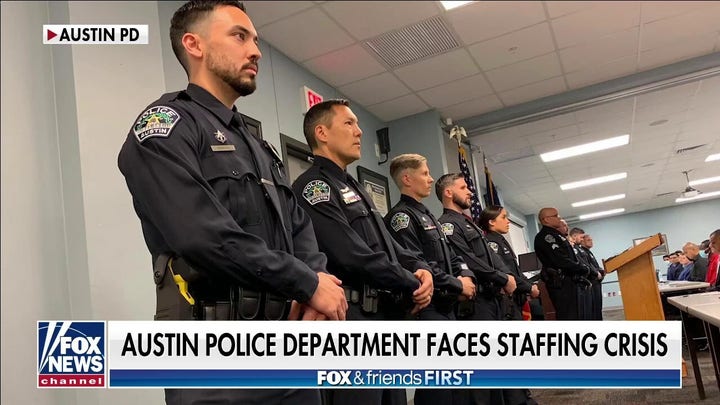 Betsy Brantner Smith, a 29-year police veteran, said adequately staffing police departments nationwide has been "a big issue," especially in departments that don’t boast the same manpower numbers as those in major cities.

"I don't think most people know this: Most police departments are under 20 officers," Brantner Smith told Fox News Digital.

When she’s not serving as spokesperson for the National Police Organization, Branter Smith travels the country providing training and education to police departments.

TEXAS DEPUTY KILLED IN CRASH WITH 18-WHEELER, ANOTHER INJURED DURING HOSPITAL ESCORT

"Most police departments are not these ginormous agencies. And it's already tough to attract people to those small departments," she added. "Then, you introduce [the] defund the police [movement] and vilification of police, and it makes it very difficult."

Difficulties in recruitment can sometimes lead to a police departments hiring less qualified candidates, she noted. But smaller police departments often have one advantage, she added. Many police officers employed by big cities are now considering whether "they want to leave and go somewhere where they’re more appreciated."

"What smaller departments need to do right now is … to get the word out that they're hiring, and that they want to attract these big city candidates," she said. "The problem is, is that takes money."

"Wish you were here!" a Chicago billboard stated. "WE’RE HIRING."

Fort Lauderdale Det. Brandon Diaz, who works for the department’s recruiting unit, said the use of the billboards is paying off  – 524 of the department’s 530 positions are currently filled.

"We've done a great job with hiring," Diaz said, "and I think the billboard had a lot to do with that."

"That was one-fifth of our workforce that we lost from 2019 until now," Diaz went on.

The Police Executive Research Forum conducted a survey that was published in March 2022 that found police departments have experienced "steady staffing decrease over the past two years."

"Hiring of new officers seemed to rebound in 2021 after falling sharply in 2020," PERF found. "However, increases in resignations and retirements continued to put pressure on overall staffing levels of officers."

Burlington, Massachusetts, Police Chief Thomas Browne told Fox News Digital his department is fully staffed with 68 members, "from myself down to the junior patrol officer."

But filling the roles did not come without resistance, and he has seen a declining number of applicants, he told Fox News Digital.

"We've absolutely seen people who've said, ‘Hey, I don’t know how you guys do this job in this climate. I don't want to be on the list anymore,'" he explained. "But we're not having a problem getting the people because the people who are taking our exam are very good, very much qualified and quality candidates."