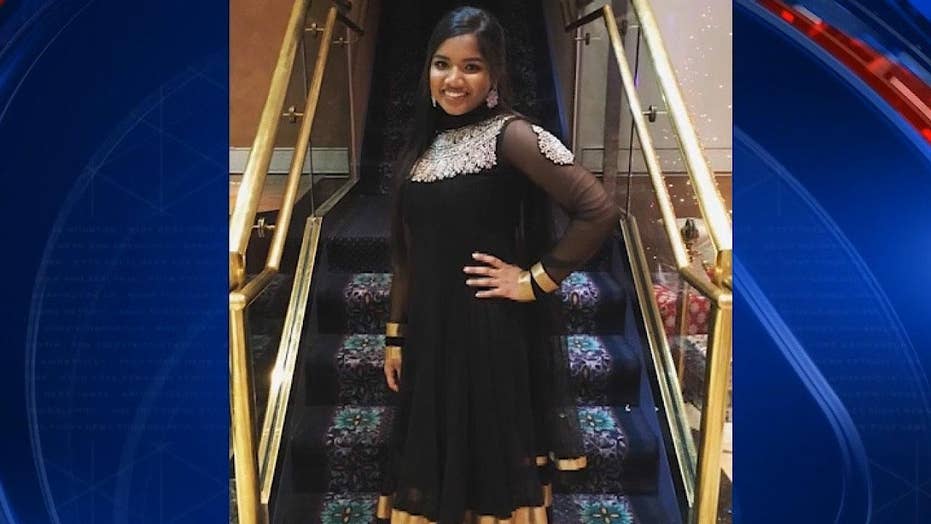 University of Illinois at Chicago student found strangled in her car

Ruth George, 19, was found dead in her car in a campus parking garage on Saturday, police said.

A University of Illinois at Chicago student found dead Saturday in a parking garage on campus was strangled, according to police, who say a suspect is in custody in connection with the woman's death.

Ruth George, 19, was found unresponsive in a car parked inside the Halsted Street Parking Garage around 11:15 a.m., and was later pronounced dead at the scene, authorities said.

The body was identified by the Cook County medical examiner as George, an undergraduate student from Berwyn, and an autopsy Sunday determined she died of strangulation.

George's family reported her missing to campus police and said they hadn't heard from her since Friday night, UIC Police Chief Kevin Booker said, according to the Chicago Sun-Times. Investigators said she entered the parking garage around 1:35 a.m. on Saturday and a person of interest entered the garage a short time after.

That person, who was only identified as a man who was not affiliated with the school, was taken into custody after George was found dead in her family-owned car. UIC Police Chief Kevin Booker said it's believed George was "the victim of foul play."

“It was just really shocking and I feel like I talked about it so many times today about how it’s so unfair that you can't feel safe on campus,” Shade Idowe, a student at the Chicago campus, told the news outlet. Another student, Vakrand Sharma, added: “A lot of robbery and theft, I’ve seen that happening. But never a murder."

UIC Chancellor Michael Amiridis said in a statement that George was a member of the school's Honors College and was "a talented kinesiology student with dreams and aspirations to become a health professional and help others."

University officials said in a letter to students that campus police were working with city and federal law enforcement agencies to investigate.