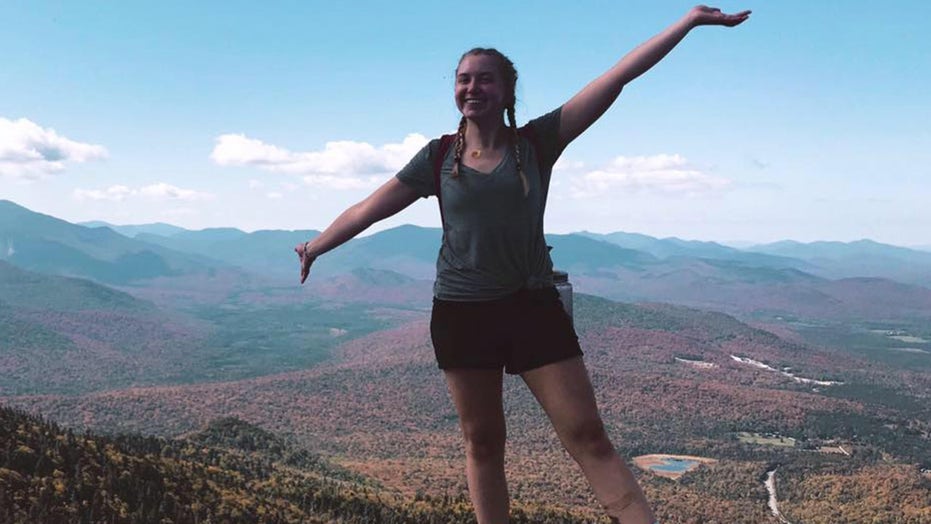 A young college student died on Monday after she slipped while hiking with her friends at a park in New York, officials said.

Katherine Vollmer, a 20-year-old student at State University of New York at New Paltz, was "exploring the old cement caves and trails" around 6:30 p.m. in Hasbrouck Park with friends when the group "became lost and found themselves at the edge of a cliff."

Authorities were notified of the student's fall around 9:50 p.m. and responded to the scene. The area where Vollmer fell "was only accessible by an experienced rope team," and investigators decided because of darkness and weather conditions, they had to wait until daylight to rescue her.

CALIFORNIA HIKER, 23, DIES AFTER 400-FOOT FALL FROM ONE OF STATE'S HIGHEST MOUNTAINS

Vollmer "suffered severe trauma from the fall and was pronounced dead at the scene."

Mark Brown, the fire chief in Kingston, told local news outlet the Daily Freeman it was a "tough, tough" decision to wait to recover the body.

"I'm a parent. I understand," he said, adding "there was no way to get down there safely. ... It's a decision of how many people you're going to put at risk."

Brown said the "proper decision was made," and even when rescuers went down to the area Tuesday, it was still "one of the toughest recoveries I've ever seen."

The police department didn't identify the student pending notification to their family, but the Freeman reported the student was Vollmer. The student's aunt confirmed her passing online.