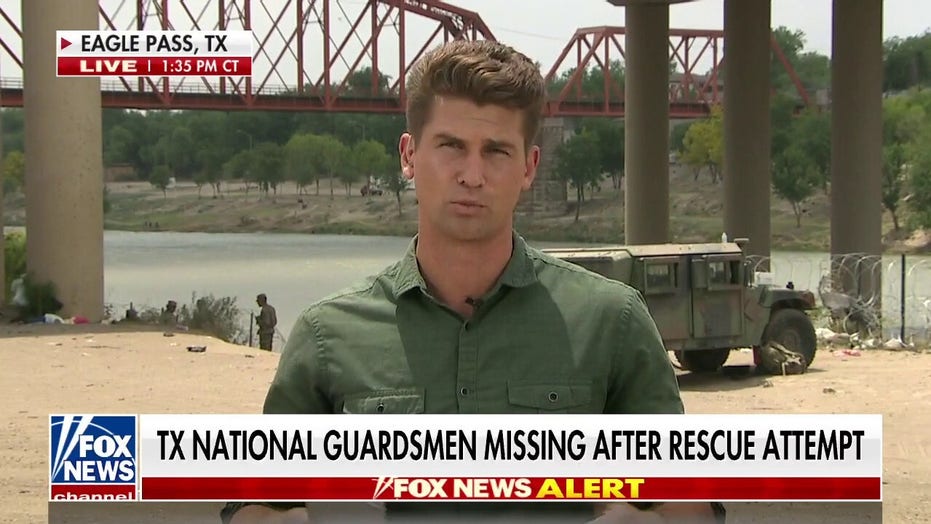 Fox News correspondent Bill Melugin on an ongoing search for a missing Texas National Guard soldier who jumped into a river to rescue a migrant.

The search for a missing Texas National Guard soldier who went missing Friday while attempting to rescue migrants in a river has been called off for the night.

A spokesperson for the Military Department said that the river's strength has forced the rescue operation to cease overnight.

The incident happened at Eagle Pass while the guard member was attempting to rescue migrants, when the service member went missing. A migrant's body from the scene was recovered.

Texas law enforcement patrols the border between the U.S. and Mexico.

The Texas Military Department's statement said that it is hopeful the search will resume tomorrow.

"We will continue the search for our Soldier until we have exhausted all possible resources. We are in the process of notifying the next of kin regarding the missing Soldier," the statement reads.

A spokesperson for Texas Gov. Greg Abbott said in a statement that it is working with the National Guard and other agencies in the search for the missing soldier.