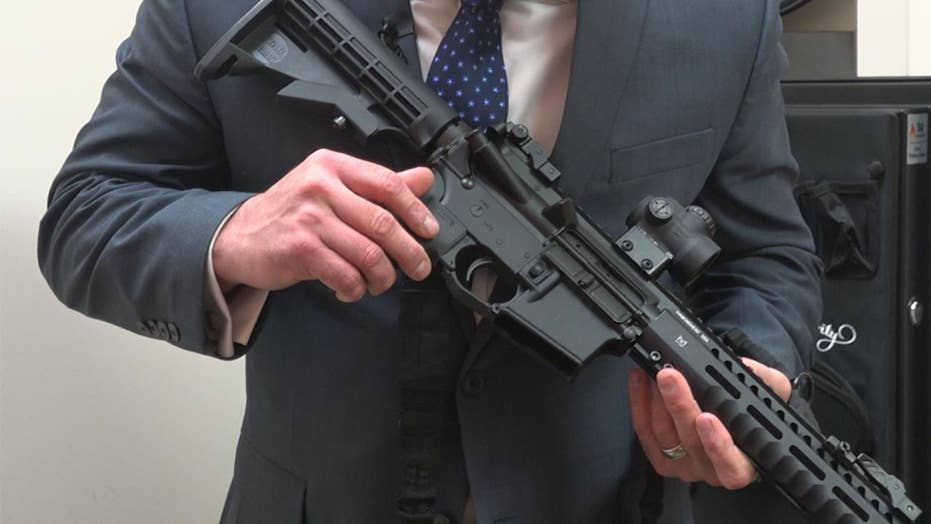 TEXAS CITY, TEXAS -- One Lone State state school district is arming guards with AR-15s, using facial recognition technology to control who comes inside buildings and even tracking students with chip technology -- all in a bid to become the safest school system in the nation.

The extraordinary measures are the brainchild of a former Secret Service agent who drew from his experience to come up with an ambitious security plan.

“We’re not playing around. This isn’t some kind of little game to us. We put a lot of time, money, and effort into this,” said Rodney Cavness, superintendent of schools for the Texas City Independent School District.

Cavness said district officials took on the initiative last year, days after the shooting in nearby Santa Fe High School. The shooting, which happened minutes down the road from Texas City, left 10 people dead.

Texas City Independent School District has 22 AR-15s. Each deputy of every school is assigned one, and it is kept in a safe that can only be accessed with a code.  (Fox News)

“I think we’re living in a sick society, and there are some very deeply troubled people out there that want to do harm to kids and to campuses and to teachers, and we’re not going to let that happen,” said Cavness.

Cavness created a new position for security and school safety and hired Mike Matranga, who was a Secret Service agent for 12 years.

Some of the measures have already been implemented. Students and staff wear radio frequency identification cards, capable of tracking their whereabouts in school. They’ve lined glass doors with intrusion filming, making them impact resistant.

“What we’re trying to do is buy time, and by buying time and by having a deputy on campus or multiple deputies on campus, that time allows our deputies to respond and do their job,” said Matranga.

Every deputy in each school also receives an AR-15, which is kept in a safe that can only be unlocked with a code.

HOW CAN THE U.S. DO A BETTER JOB OF KEEPING KIDS SAFE AT SCHOOL

“These are the weapons we purchased for our deputies. I’m a firm believer that we fight firepower with superior firepower,” said Matranga.

In May, Texas City voters approved a $6.5 million bond for safety and security measures.

“I would vote for anything in favor of protecting my children,” said Justin Graves, a parent with a child at Heights Elementary School.

“I’m in support of the security measures they implemented. It gives me a sense of security,” said Trisha Jones, who also has children at the school.

Within the last year, several schools across the country rolled out or approved funding for security upgrades. Santa Fe High School put up metal detectors and hired more officers. Schools in Wisconsin received safety grants from the state last year, and many used the money to install security cameras and new classroom door handles. In Florida, Broward County outlined security plans last summer in response to the Parkland shooting.

Ken Trump, president of National School and Security Services and no relation to the U.S. president, said Texas City’s security measures seem to be the most intensive for a school district.

TCISD says it hopes to implement the security measures in all of its 14 schools by May. (Fox News)

“This district seemed to gather a lot of attention because they put a whole lot of money in a short period of time,” said Trump.

But, he has concerns.

“The question isn’t really whether school safety is the top priority now, but six months down the road when the memories of Parkland fade, will there be the same investment not only in time and dollars but the people?” said Trump.

Ed Scruggs, vice chair of Texas Gun Sense, said certain technological features like facial recognition and new door locks will be effective. But, he said, other preventative measures outside of a school environment are also necessary.

“More universal background checks on gun sales, better mental health, better background check system… if we can keep guns out of the hands of people that shouldn’t have them, we’re going to automatically be safer,” said Scruggs.

Meanwhile, Matranga said he believes there is no substitute to having eyes and ears on the ground and reporting suspicious behavior. Ultimately, he said, teachers are the best line of defense.