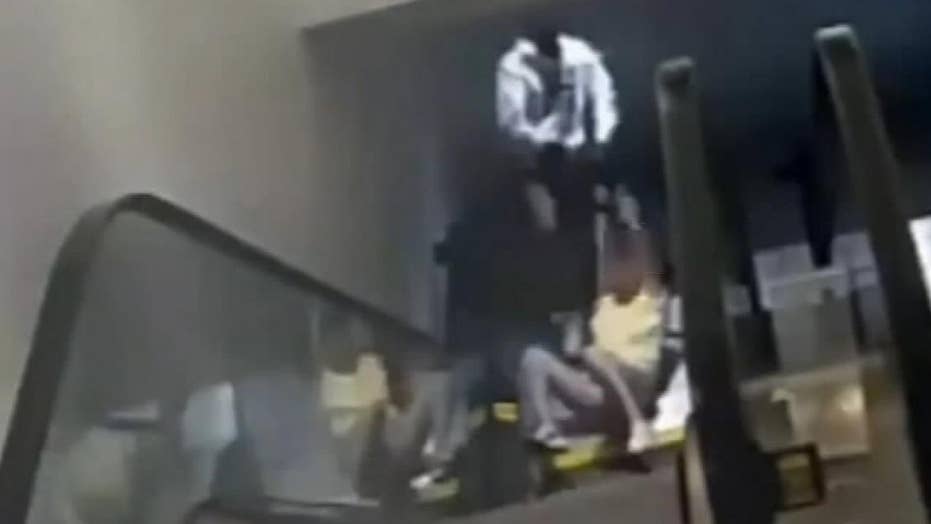 A man was caught on video last month brazenly stealing a woman's purse in broad daylight at a Texas mall — leaving the woman to tumble down a moving escalator.

Surveillance video released by authorities in Houston shows the suspect following the woman as she drove into the parking lot of The Galleria mall around 2 p.m. on Oct. 17. He had apparently followed her to Saks Fifth Avenue at the mall from a Bank of America location, where she had just withdrawn money.

The woman exited her car in the parking garage and was heading up the escalator when "she was suddenly jolted back and observed an unknown male trying to take her purse," the Houston Police Department's Robbery Division wrote online Tuesday.

As the woman held onto her purse, she was pulled down the escalator and dragged to the doors leading toward the parking garage, where she let go of her purse. The woman's family told KTRK she suffered scratches and bruising.

The suspect then fled in a burgundy-colored four-door Buick and fled the scene, investigators said. He's described as a black male, aged 20- to 30 years old. The man, who was wearing a white hooded sweatshirt and blue jeans on Oct. 17,  is believed to be tall with a thin build.

A reward of up to $5,000 for information leading to charges or the suspect's arrest is being offered by authorities. Anyone with information on the incident is urged to contact Houston Crime Stoppers at 713-222-8477.