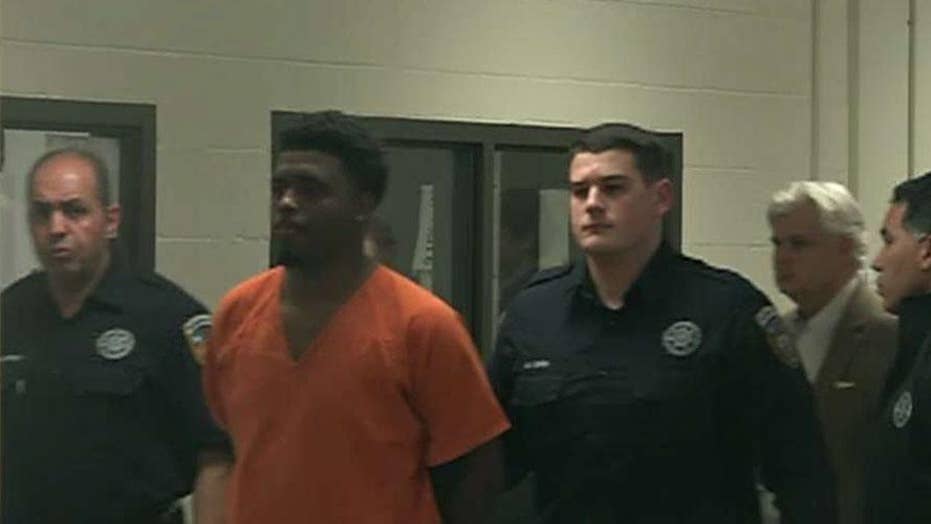 Eric Black Jr. has been arrested and charged with capital murder for killing Jazmine Barnes after police received a tip

Black has admitted to taking part in the shooting as the driver.

A Texas Democratic Congresswoman is defending her earlier comments suggesting the drive-by shooting of 7-year-old Jazmine Barnes may have been a hate crime, even though both suspects in the case turned out to be black – and not a white individual as police and members of the public initially believed.

Rep. Sheila Jackson Lee, when asked Sunday by a reporter about some of the comments made in the aftermath of the young girl’s death in Houston on Dec. 30, said it was “absolutely not” irresponsible to make that suggestion.

Barnes was shot and killed while sitting in the backseat of her mother’s car. Witness descriptions of a white man in his forties at the scene of the shooting – and a sketch put out by police – prompted widespread speculation a hate crime had happened.

“I believe – and having written hate crime legislation, knowing the criteria, I believe that this should be looked at as a hate crime,” Lee said during a press conference Friday, in a video posted to the Congresswoman’s Facebook page. “We don’t want to have on the street someone who is willing to kill children and possibly kill them in the name of hate."

The next day, at a rally calling for justice for Barnes, Lee said “do not be afraid to call this what it seems to be — a hate crime,” according to several news organizations.

Prior to the arrests, Barnes’ family lawyer, Lee Merritt, also said “we do believe that it [the murder] was racially motivated in part because our nation at this moment is highly racially charged.”

Yet both suspects in the case are black, police confirmed to the Associated Press on Monday.

One of them, 20-year-old Eric Black Jr., has been charged with capital murder and is making his first court appearance today. News of his arrest emerged Sunday.

Moments after police announced Black was in custody, Merritt wrote in an Instagram post that a second suspect, Larry Woodruffe, 24, was arrested in the shooting. Woodruffe is believed to be the shooter in the incident, according to Merritt, although police as of Monday have not confirmed the arrest, his identity or alleged role, the AP says.

The reporter on Sunday asked Lee: “Do you feel it was irresponsible at all to suggest that this was a hate crime when we didn’t have all the facts?”

Her response: “Absolutely not, nothing is irresponsible when it comes to the loss of a precious 7 or 8-year old."

She added: “The good thing was that in the comments that were made, there was no hysteria, there was no encouraging individuals to go out and find that person. It was nothing but orderly respect for the rule of law allowing our law enforcement to be able to do their tasks. And then now to call for an understanding that any violence against a child should not be the norm and that we should stand up against all violence.”

Investigators believe the killing appears to have been a case of mistaken identity “where the intended targets were likely someone else,” Harris County Sheriff Ed Gonzalez said Sunday.

“This death has sparked a lot of discussion on many different levels,” Gonzalez also said. “We know that there is an important discussion that does need to take place about race, about the real fear and concerns that hate crimes are in an uptick across this county. We also need to talk about gun violence.”