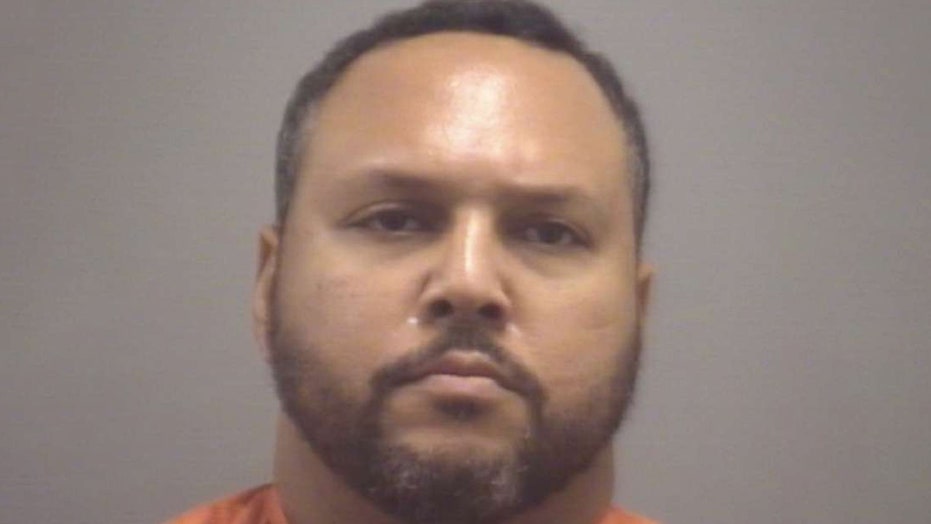 A Customs and Border Protection officer was arrested in the murder of his wife, also a CBP employee, who was killed in their Texas home on Thanksgiving, police said.

Dudley Bernard, 40, was taken into custody in the front yard of his League City property Thursday night after his wife, 42-year-old Chauntelle Bernard was found dead, according to the local police department.

Investigators responded to the house after receiving several 911 calls about "multiple gunshots" fired just after 11 p.m., and found the woman "deceased at the front door of the residence with injuries consistent with gunshot wounds," officials wrote on Facebook Friday morning. Bernard was arrested without incident.

Dudley Bernard, 40, was charged with murder after his wife, Chauntelle Bernard, was found dead at their home in League City, Texas, on Thanksgiving night. (League City Police Department)

During the time of the shooting, the couple's two sons, along with other family members, were inside the house, KHOU reported. Police said there was a "disturbance" inside and Bernard walked out of the family's back door before returning with a handgun. His wife was shot moments later.

Both Bernard and his wife worked for CBP, the agency confirmed to Fox News on Sunday. Following his arrest, Bernard's duty status is active without leave.

U.S. Customs and Border Protection Agriculture Specialist Dudley Bernard was arrested by the League City Police Department on Nov. 28 while he was off duty," Yolanda Choates, a CBP public affairs specialist, said in a statement. "Since, August 2008, he has worked CBP agriculture operations in the Houston Seaport environment. CBP is fully cooperating with the League City Police Department who is leading this investigation."

"CBP Officer Chauntelle Bernard joined CBP in 2008 and she worked her way up the supervisory chain to become a supervisory CBP officer," Smith continued. "Houston was her only duty station. No words can express the sense of loss SCBPO Bernard’s death brings to her colleagues and friends in CBP. Please direct any further inquiries to the League City Police Department.”

Bernard was charged with murder and as of Sunday was being held at the Galveston County jail on a $200,000 bond.