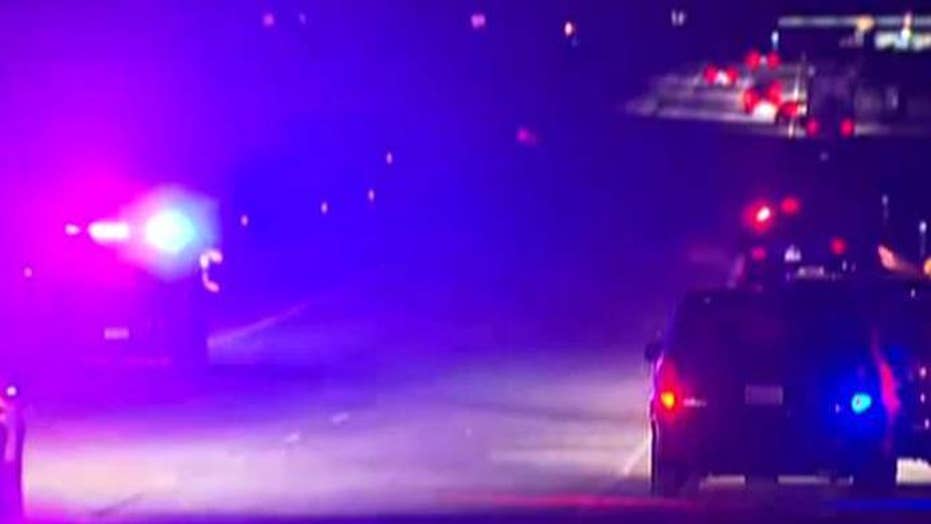 At least two people were killed and more than a dozen others were injured at an off-campus Texas A&M University-Commerce homecoming party Saturday, officials said.

Investigators first responded to The Party Venue in Greenville, located roughly 15 miles southwest of the school's Commerce campus, around 11:30 p.m. following complaints about cars parked on the shoulder of Highway 380 outside.

Deputies on scene heard gunshots coming from the back of the building, Hunt County Sheriff Randy Meeks told reporters Sunday. Meeks said he believes more than 750 people were in attendance at the "small structure" venue, and "when shots were fired, it was complete chaos as people fled for safety and deputies attempted to locate the shooter."

Inside the building, two people were found dead, the sheriff said. The deputies were trying to find the shooter, but the scene was too chaotic, and the gunman was able to flee the scene.

Meeks said authorities have no idea who the suspect is, and that partygoers have given many different descriptions of the person, whom the sheriff identified as a man who was not attending the party. He said the gunman entered the back door of the event, and used a handgun — most likely to target one person, before shooting others at the scene.

The sheriff said an estimated 90 percent of people at the homecoming party were either in their late teens or early 20s, but it's unclear how many of them were students at Texas A&M.

Authorities have questioned about 20 people, but said those in attendance either haven't provided a good description of the man or are possibly withholding information from police.

Fake bullets were found on the floor of The Party Venue, but Meeks said they were most likely part of a Halloween costume.