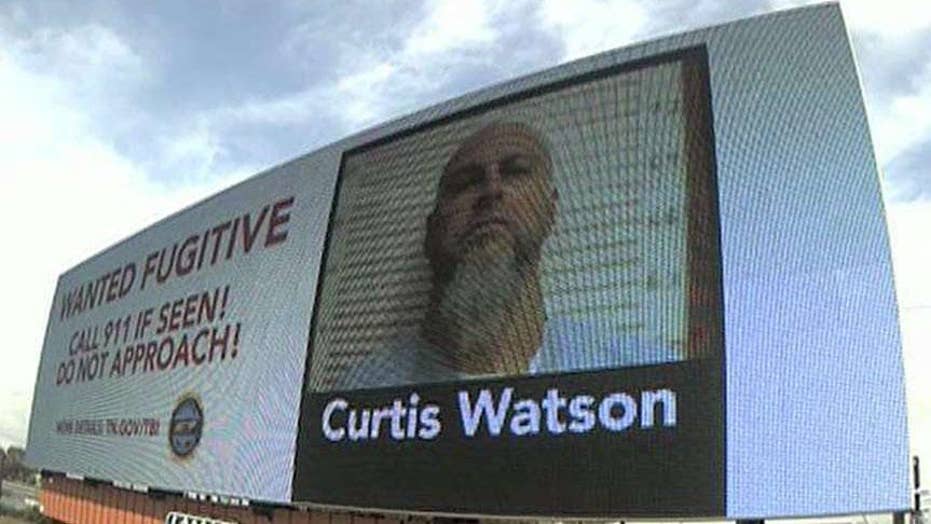 Curtis Watson is accused of killing a prison administrator before going on the run.

The search for a Tennessee convict who allegedly sexually assaulted then murdered a corrections employee before escaping entered its fifth day Sunday, as authorities warn the fugitive is "extremely dangerous."

Curtis Watson, a 44-year-old inmate at the West Tennessee State Penitentiary, was spotted in Henning, Tenn., over the weekend after escaping custody Wednesday. He had been released from the facility at 7 a.m. on a work detail for his daily lawn-mowing duties.

Around 11 a.m., prison officials realized employee Debra Johnson was missing after she didn't report to work, the Tennessee Bureau of Investigation (TBI) said. Hours earlier, around 8:10 a.m., 64-year-old Johnson — an administrator who lived in a home on prison grounds — was known to be alive, as she had made a phone call.

Her body was discovered by coworkers shortly after they discovered she was missing. Investigators said she was sexually assaulted and had been strangled to death.

Correctional officers saw Watson riding a golf cart at Johnson's house around 8:30 a.m. It was between 9 a.m. and 10 a.m., according to officials, that the inmate "took a tractor and reflective vest from the prison and drove away."

Since his escape, authorities have been searching for Watson, who they described as "extremely dangerous."

"If you spot Curtis Watson do not approach him," authorities said, warning to call 911.

Investigators said they've received nearly 400 tips related to Watson's disappearance, and on early Sunday confirmed he was seen in Henning, Tenn., near the state prison facility.

"He has changed his clothing as can be seen in the photos provided by a resident who notified authorities that they’d spotted him on their property. Residents in the area should be ALERT and VIGILANT," the state Department of Correction tweeted.

A reward of $57,000 was offered for information leading to Watson's capture and conviction. Anyone with information on his whereabouts is urged to contact TBI at 1-800-TBI-FIND.