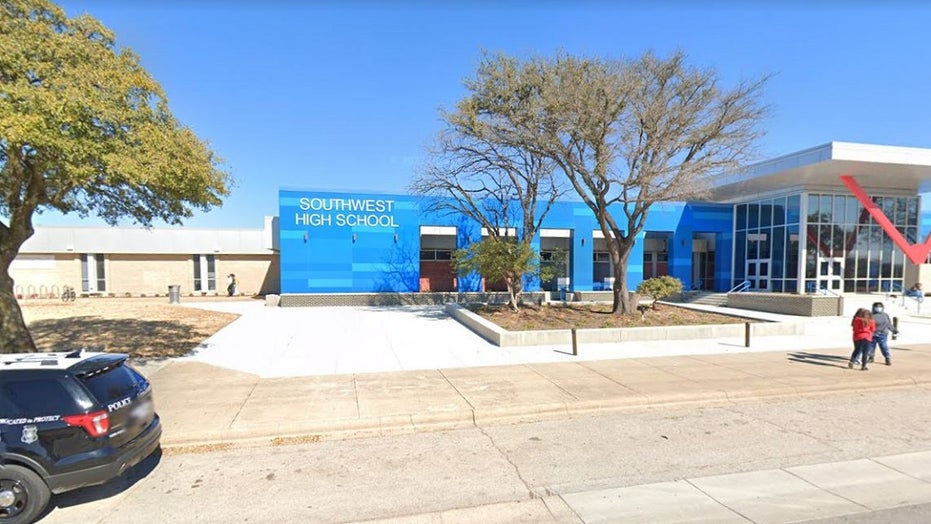 A teenage girl was shot near a Texas high school Friday, the same day that another shooting injured people at a Kansas school.

Fort Worth police officers responded to reports of a shooting at Altamesa Boulevard and Woodway Drive, near Southwest High School, around 12:15 p.m., a police spokesperson told Fox News.

A 16-year-old girl had been shot in the leg, police said. She was taken to a hospital with non-life threatening injuries.

No arrests have been made and a description of a suspect or suspects was not available. Authorities would not say if she was a student at the high school or what led to the incident.

A spokesperson for the Forth Worth Independent School District said the shooting occurred at a fast food restaurant and the campus was put on "secure status" out of an abundance of caution.

The shooting came on the same day an administrator and school resource officer were wounded at Kansas' Olathe East High School. They were hospitalized in stable condition and expected to survive.

An unidentified suspect was taken into custody.

Investigators said the shooting occurred in an office area at 10:30 a.m. Hours later, the Olathe Police Department tweeted investigators were aware of a video circulating on social media showing someone with a rifle gaining access to the school.

The department said the person was a responding police officer.