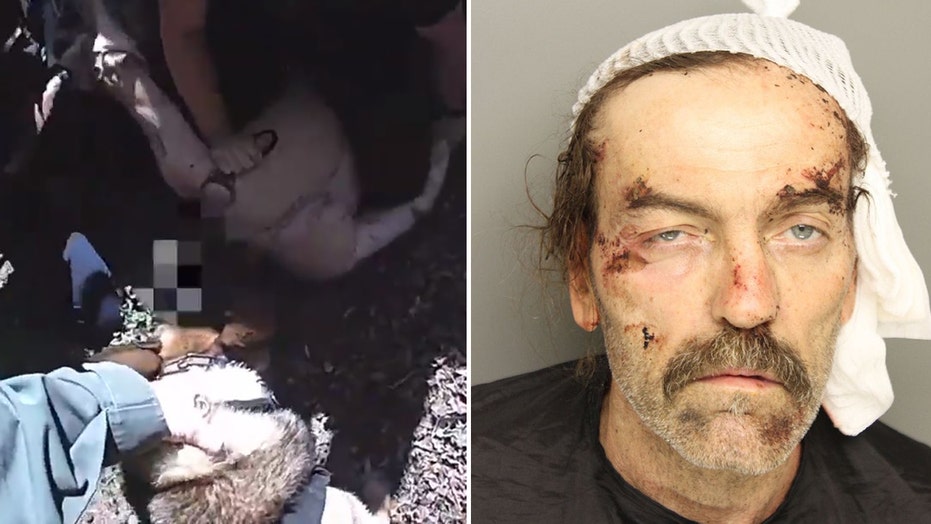 A suspect was trying to evade arrest by hiding in a dishwasher underneath a porch in South Carolina when a police K-9 found him and began to attack, authorities said.

Brown explained that the K-9 pulled the suspect out and bit his side when the officer handling the dog “briefly lost his footing.” The dog then attacked the suspect a second time on top of his head. The K-9 officer commands the dog several times to release the suspect, who continues to scream on the ground, the footage shows.

Earlier in the footage, the K-9 officer can be heard telling other deputies, “He’s getting dog bit.” As they continue searching for the suspect, he yells, “Kevin Leroy White you’re under arrest. Come out. You’re gonna get bit by a police dog.”

An investigation to determine whether excessive force was used is being conducted by the sheriff’s department and the South Carolina Law Enforcement Division, spokesman Lt. Ryan Flood said.

White was treated at a hospital for the dog bites. Deputies found 1.8 grams of crystal meth in his pocket and arrested him. (Greenville County Sheriff’s Office)

Meanwhile, White was treated for injuries from the dog bite at a hospital. The footage includes graphic photographs of the gashes to White’s side and head after being treated.

White was wanted in Florida on a probation violation, police said. Deputies said they found 1.8 grams of crystal meth inside his pocket when he was taken into custody.

White was charged with possession with intent to distribute methamphetamine, resisting arrest, failure to stop for blue lights and other charges, police said. Florida declined to extradite him on the warrant.