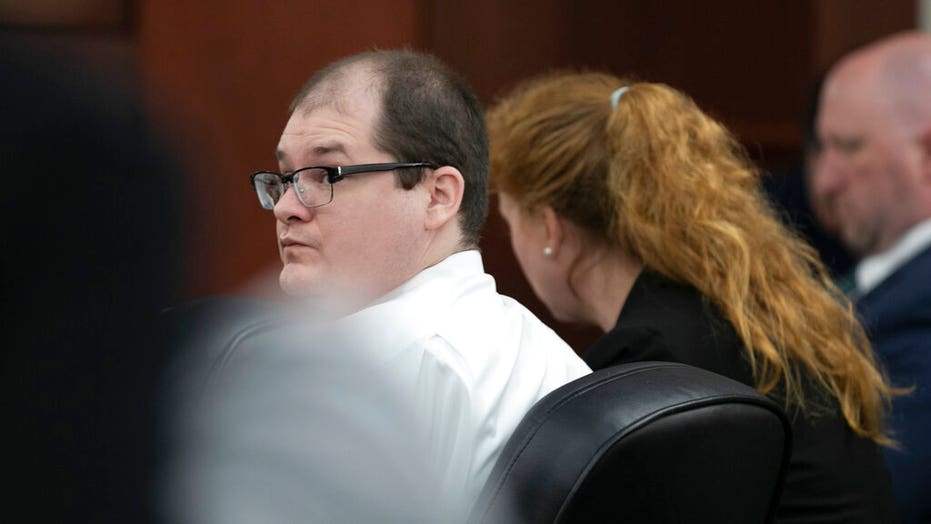 A South Carolina father convicted of killing his five children in 2014 was sentenced to death on Thursday.

A Lexington County jury found Timothy Jones Jr. guilty Tuesday on five counts of murder in the deaths of his children: Merah, 8; Elias, 7; Nahtahn, 6; Gabriel, 2; and Abigail Elaine, 1. The same jury handed down the death sentence Thursday after deliberating for less than two hours.

Jones strangled four of his children, two with a belt and two with his hands, while the cause of death for Nahtahn remained unclear.

Investigators said the grisly murders took place at the family home on the night of Aug. 28, 2014, after Nahtahn broke an electrical outlet. In a fit of anger, Jones decided to punish the boy by forcing the six-year-old to perform strenuous physical activity, which pathologists speculated may have caused the child to become dehydrated and die. Jones admitted he killed the other four children so that all five of them could go to heaven together.

After killing the children, Jones loaded their bodies into his SUV and drove around the Southeast U.S. for nine days before dumping them in five black garbage bags on a dirt road near Camden, Ala. He was arrested hours later after an officer at a traffic checkpoint in Smith County, Miss., said he smelled a horrible odor of decomposition.

Prosecutors entered photos showing what was inside the bags into evidence but didn't show them to the jury. Jurors could choose to look at them during deliberations if they wanted.

"If you have any doubt for the appropriate sentence for that man [Jones], look in the bag!" prosecutor Rock Hubbard said during his closing argument.

Jones' defense team argued that he should receive a sentence of life without parole, with the support of the children's mother. Amber Kyzer, Jones' ex-wife, testified during the penalty phase on Tuesday that her children loved their father and wouldn't want to see him die. Jones' grandmother, father and siblings all asked jurors to spare his life.

Jones' father hung his head in his hands as the verdict was read and other family members appeared to cry.

Jones, 37, will be sent to death row, although South Carolina hasn't executed an inmate since 2011 because the state lacks the drugs to carry out lethal injection.