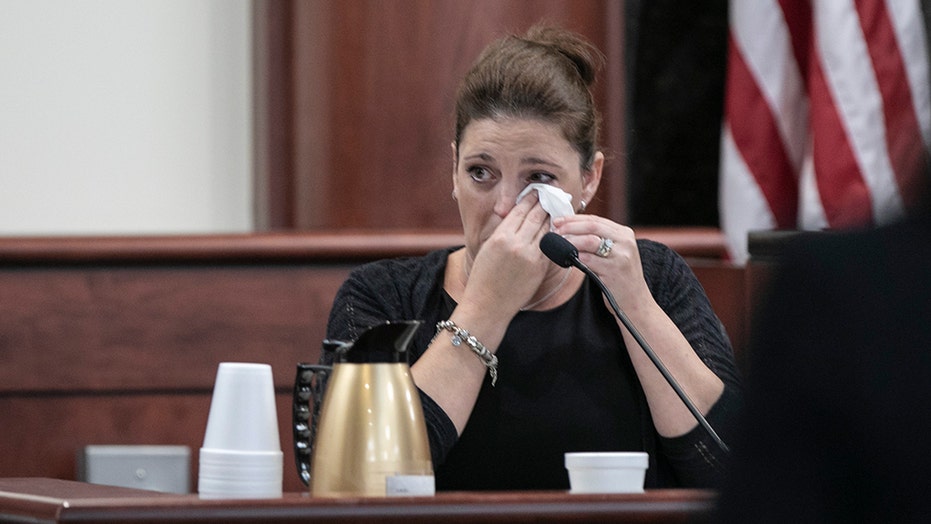 A mother whose ex-husband killed their five children testified Tuesday that she does not think he should get the death penalty, but she will leave the decision up to a jury in South Carolina.

Despite Amber Kyzer admitting that her ex-husband, Timothy Jones Jr., hit her, spit in her face in front of their young daughter and threatened to chop her up and feed her to pigs during their marriage, she told the jury during the penalty phase of Jones' trial that she knew her kids loved their father and would not want him to be executed.

A jury found Jones guilty Tuesday on five counts of murder of his children Merah, 8; Elias, 7; Nahtahn, 6; Gabriel, 2; and Abigail Elaine, 1. Jones strangled four of his children to death, two with a belt and two with his hands, while the cause of death for the fifth child, Nahtahn, remained unclear.

Timothy Jones Jr. is accused of killing his five children, who ranged in age from 1 to 8, and dumping their bodies off a dirt road in Alabama. The Lexington County Sheriff’s Department released these photos of the victims. Top, left to right: Gabriel Jones, Abigail Elizabeth Jones, and Nahtahn Jones. Bottom, left to right: Merah Gracie Jones and Elias Jones.

Investigators said the grisly murders took place on the night of Aug. 28, 2014, at the family's home after Nahtahn blew electrical sockets in the house, angering his father, who decided to punish him by forcing the six-year-old to perform strenuous physical activity, which pathologists speculated may have caused the child to become dehydrated and die. Jones admitted he killed the other four children so that all five of them could go to heaven together.

Kyzer cried on the witness stand after she admitted she wrote her kids a letter apologizing for not being there for them after the couple divorced.

Jones, a computer software engineer, gained custody of the children after he divorced his wife for allegedly having an affair with a 19-year-old neighbor.

Defense attorneys told the jury in Columbia that Jones, 37, was distraught over his marriage and also used synthetic marijuana up to five times a day to cope.

They also painted a picture of his troubled childhood and family background, detailing how his father was born after his grandmother, 12 at the time, was raped by her stepfather.

Jones pleaded not guilty by reason of insanity but a jury is expected to deliberate on Thursday whether he should receive the death penalty or life without parole.