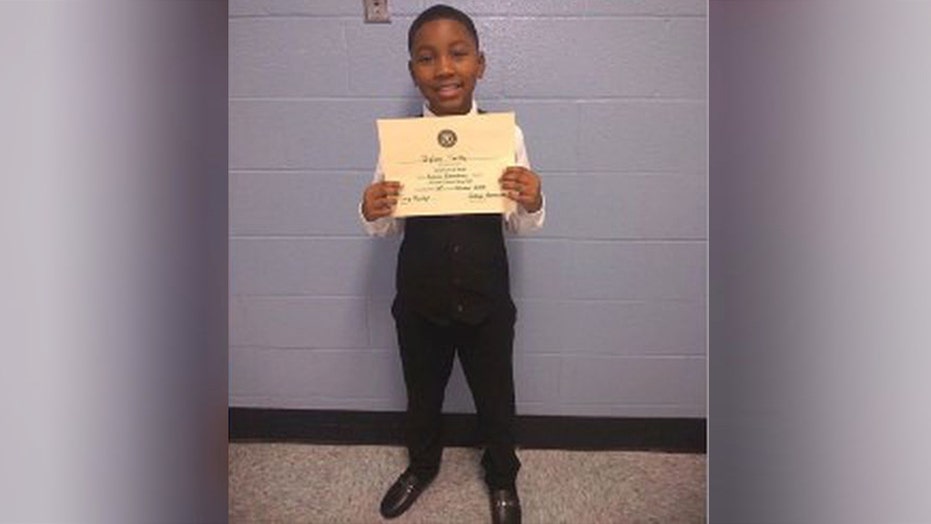 A South Carolina sheriff's office investigating the Nov. 15 death of a 10-year-old boy said Monday that the child was accidentally shot in a friend’s mobile home as the friend was handling a handgun.

Dylan Twitty’s family had been demanding answers about his death since he was found on the ground between two mobile homes bleeding from a gunshot wound to the chest by a boy who had just gotten off a school bus, according to reports.

“After extensive work over the last 11 days investigators have determined that the victim in this case was killed by another ten-year-old male child during the handling of a 9 mm pistol inside a mobile home,” the Lancaster County Sheriff’s Office said in a news release.

Dylan Twitty, 10, was a fifth-grade honor student, who was recently inducted into his school's Beta Club because of his grades. (Delia Twitty)

The mother of the boy who pulled the trigger was charged Nov. 19 with neglect for leaving her son home alone, according to the news release.

The sheriff's office says the mother kept the gun under a mattress and her son took it out.

“The boys were playing in the living room of the home, and the pistol discharged one time while the child who lived in the home was handling it,” the news release said.

Investigators spoke to the child twice — once on the night of the incident and again on Nov. 22.

During an interview with Fox News, Dylan’s mother said investigators told her that after the shooting, the other boy dragged Dylan out of the home and left him where he was found.

Delia Twitty, 44, said she was told that the boy then went back into the house and cleaned up the blood.

Dylan was a fifth-grader at Erwin Elementary School in Lancaster, where he was a straight-A student.

Twitty said her son had just been inducted into the Beta Club at Erwin because of his grades.

She told the Lancaster News last week that Dylan wanted to be a police officer when he grew up.

“He was always telling me stuff like, ‘Make sure you put your seatbelt on,’” she told the paper. “He had such a good sense of right and wrong, and he just wanted everybody to do the right thing."