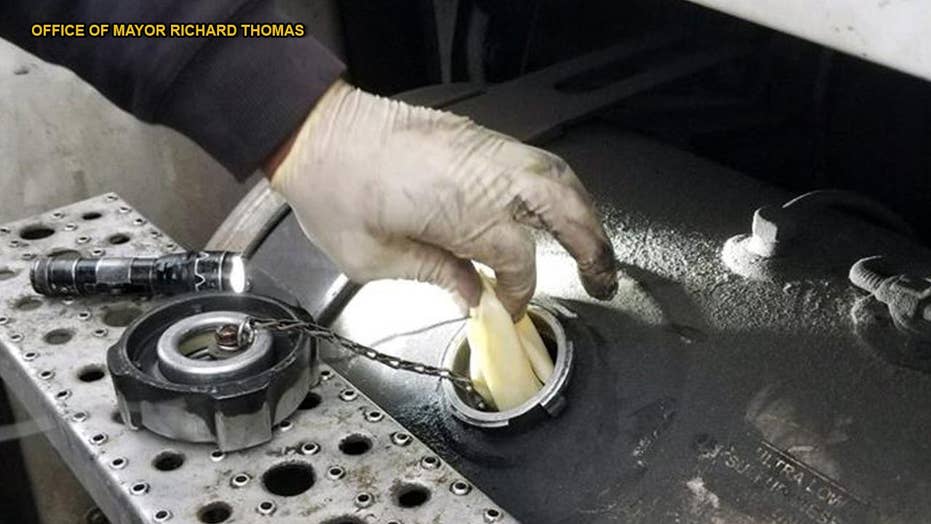 In what is being described as an 'attack' on Mount Vernon, New York, Mayor Richard Thomas announced on Facebook that an unknown number of individuals are believed to have sabotaged all of the town's snowplow and salt trucks by stuffing latex gloves into the gas tanks. The sabotage caused a delay of several hours before trucks were able to get out on the roads to salt and plow the city streets.

As snow and ice fell Tuesday across the Northeast, officials in one New York city were unable to immediately clean the streets -- after someone sabotaged all of the snowplow and salt trucks.

Mount Vernon Mayor Richard Thomas said in a Facebook post that one or more people are believed to have entered a public works garage between 3:30 p.m. Monday and 5 a.m. Tuesday and stuffed latex gloves in the gas tanks of the city’s municipal trucks.

“It’s a direct attack on the people of Mount Vernon,” Thomas said in a statement. “We are not going to be intimidated. We are going to catch whoever is responsible for this act of hate against the people of the city.”

Officials discovered the vandalism when two city trucks became disabled around 6 a.m. After mechanics found the gloves in the gas tanks of the two vehicles, an inspection of the rest of the city's trucks revealed gloves in all of their tanks.

The discovery was made after two city trucks became disabled while heading out for snow operations. (Office of Mayor Richard Thomas)

In total, 29 trucks -- 16 garbage trucks and 13 snow plows -- had been tampered with, the Rockland/Westchester News reported. Westchester County officials sent in additional crews to help clear the tanks.

Several trucks were able to quickly be repaired and put back on the road by 10 a.m. when snow eventually started.

Crews worked to quickly repair the trucks after latex gloves were discovered in the gas tanks. (Office of Mayor Richard Thomas)

Residents were asked to limit their use of city streets while workers were able to complete salting and plowing that was delayed for several hours by the vandalism, which the mayor referred to as an "attack" on Mount Vernon.

Besides the sabotaged snow plows, the mayor said that a fake pipe bomb was left in Mount Vernon City Hall on Jan. 14 and "almost immediately after" the building was clear, someone set fire to a file cabinet in an office. He appeared to link the incident on Tuesday with the ones last month.

“We are shocked and saddened by the direct act of intimidation,” Thomas said. “We’re very aggravated by the constant harassment by groups of people that want to obstruct progress and the protection of the people of the city.”