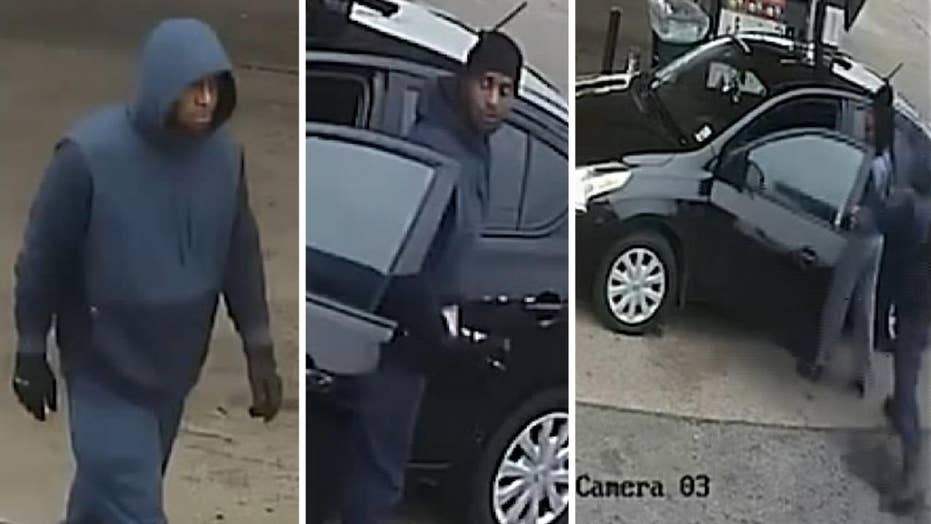 Raw video: Detectives with the Shreveport Police Department release footage of incident outside a convenience store and ask for the public's help to identify the suspect.

Shocking video captures a woman's efforts to fight off a man allegedly attempting to kidnap her at a convenience store in Louisiana.

The Shreveport Police Department released footage of the incident that occurred outside Otto’s Citgo in Shreveport. The video showed a man in a hoodie walking by a few cars in the gas station parking lot and a woman walking over to a black sedan.

Moments after the woman opens up the car door, the man in the hoodie pushes her into the car. The driver’s side door closes as there appears to be a struggle inside the vehicle. The passenger side door opens and the woman is able to escape safely. The woman was able to hold on to her keys as well.

“The woman fiercely fought her attacker and was able to maintain possession of her car keys and escape the vehicle,” police said.

The Shreveport Police Department said the suspect “took items of value within the car” before fleeing the scene.

The woman and the suspect were not named.

COPS WOULDN'T ARREST MAN WANTED FOR MURDER WHEN HE TRIED TO TURN HIMSELF IN, ATTORNEY SAYS

Police said they were looking for the suspect and “believe he will attack again.”

“Shreveport Police Robbery detectives are asking the public’s help to identify a suspect believed responsible for the early February robbery and attempted kidnapping of a woman at a west Shreveport convenience store,” police said.