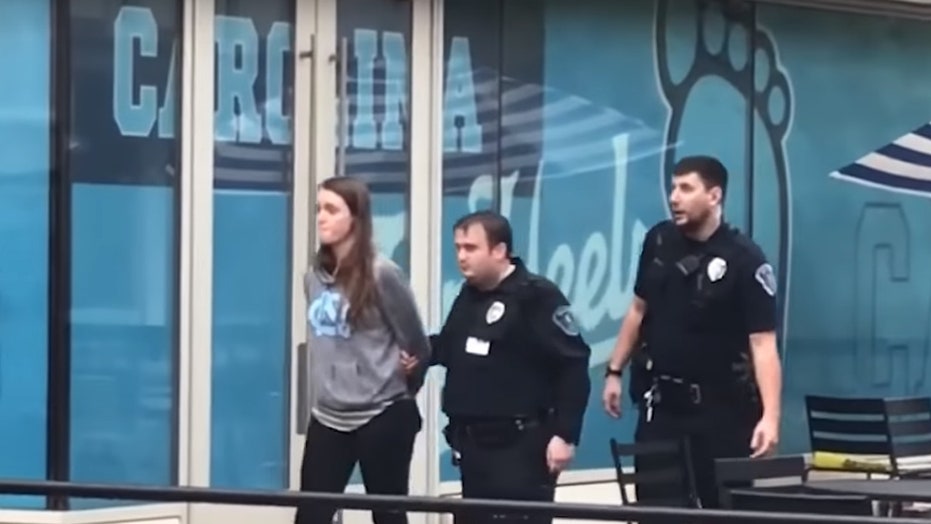 Austin Beigel says America is about the exchange of ideas and civil dialogue.

The clash over abortion at the University of North Carolina in Chapel Hill has resulted in a second arrest.

A student was arrested in early April after she snatched a sign from the hands of pro-life activists. The abortion issue, which has also divided the country, has sparked tensions on campus, with some students even resorting to violence.

A second student on the same campus faces larceny charges after she stole a sign that read "warning: abortion victim photos ahead" just days after the first incident.

Beigel and his colleague repeatedly told her she was on camera stealing the sign.

When the officer asked her why she ripped it out of their hands, she responded: "This restricts women's rights."

"He's promoting lies on a college campus," she continued. "I can't believe y'all protect them."

Mark Harrington, the president of Created Equal, told Fox News students need to be taught that disagreeing with someone doesn't give them the right to break the law.

“College students who interfere with our First Amendment rights by assaulting us or stealing our signs are not the victims," Harrington said. "Universities are failing to educate students on the basic American ideal of freedom of speech."

Harrington added that the pro-choice student's behavior is similar to Democratic Pennsylvania State Representative Brian Sims, who recently asserted he was helping women while broadcasting himself harassing an elderly pro-life woman and three teens praying outside a Planned Parenthood abortion clinic in Philadelphia.