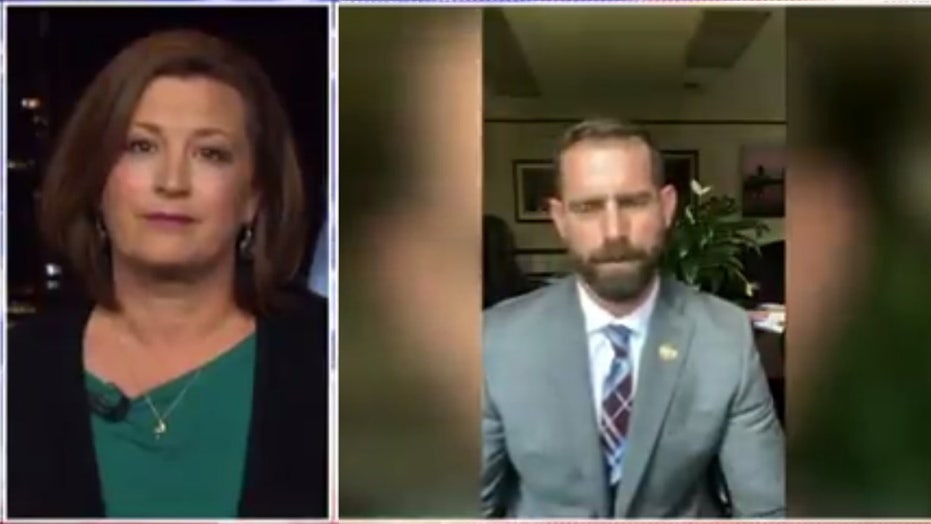 The parents of teen girls harassed on camera by Pennsylvania state representatives Brian Sims raised over $100,000 for a pro-life non-profit in Philadelphia, where the Democratic official has targeted peaceful pro-lifers praying outside Planned Parenthood.

Joe and Ashley Garecht started a GoFundMe page after they realized the man who offered $100 to dox their teen daughters - 13 and 15 - on Periscope was actually an elected official, an action they called "shameful and unacceptable."

The Garechts told Fox News they are so grateful after they launched the fundraising effort as a way to turn an ugly situation into something positive.

Joe and Ashley Garecht raised over $100,000 for the Pro-Life Union of Greater Philadelphia after their teen daughters were harassed by Pennsylvania state representative Brian Sims, who offered $100 to dox the pro-life teens who were praying outside a Planned Parenthood abortion clinic. (Courtesy of Joe Garecht)

"It means the world to us that people have rallied around our family during this difficult time," Mr. Garecht said. "The prayers and words of encouragement have been amazing and have sustained our entire family."

They met their goal to help the Pro-Life Union of Greater Philadelphia Thursday, ahead of Friday's pro-life rally by Abby Johnson and 40 Days for Life, among other pro-life leaders who plan to meet in front of the Planned Parenthood abortion clinic where Sims attacked pro-lifers.

Garecht said the pro-life organization, outside of praying to end abortion outside the clinics, "provides thousands of diapers, wipes, articles of clothing for babies, and resources to mothers in need; operates a home caring for pregnant mothers; and so much more."

On the GoFundMe, Garecht challenged Sims: "Brian, if you have a problem with my wife and daughters praying outside of an abortion clinic, I'm the one you can talk to... instead of harassing teenage girls."

Sims said "I can do better" Tuesday night in a video posted online, but he stopped short of apologizing for his actions. Planned Parenthood said it did "not condone...Sims' approach" but called him a "champion" on pro-choice issues.