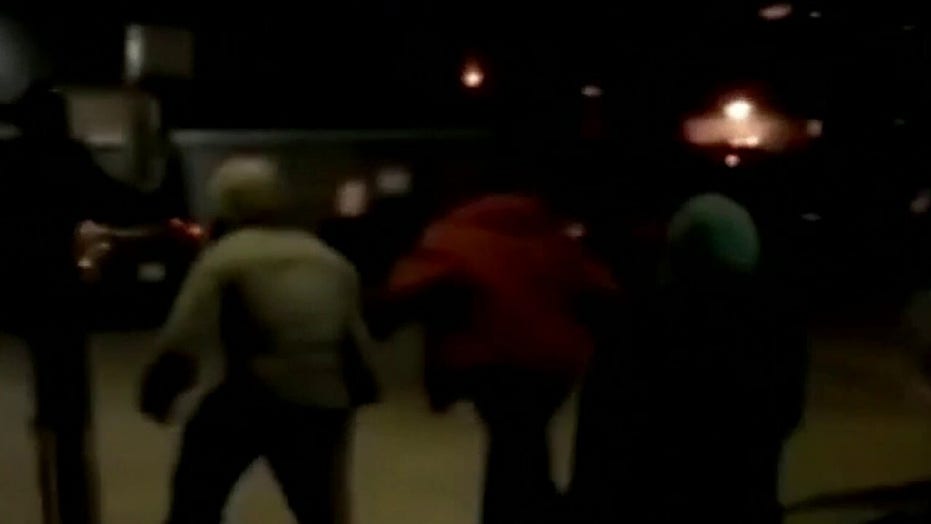 Dan Springer reports from the scene with the details.

Seattle business owners claim a man occupying the Capitol Hill Organized Protest, or CHOP, broke into their auto repair shop and set a fire, but despite more than a dozen 911 calls, police never arrived.

He and his son, Mason McDermott, told news outlets they were alerted when someone smashed a window and got inside the auto shop Sunday night.

But despite calling 911 around 19 times, they claim neither police nor fire personnel ever arrived at the scene, which grew violent into Monday morning when protesters pushed down their linked fence and rushed the car lot.

The father and son said they were on the phone with 911 as they drove over to the shop. They arrived as the man who broke inside was setting fire to the front counter. John snuffed out the blaze, as Mason ran after the man and detained him.

“I chased him down and as soon as I came face to face, he came at me so I put him on the ground,” Mason McDermott said. “At some point he tried to cut me with a box cutter.”

The son pinned down the suspect as his father called 911 repeatedly. John McDermott said the operator “alluded they were sending someone,” but “finally said they weren’t going to send somebody.”

The suspect reportedly stole cash and car keys. The McDermotts said “mayhem” ensued as protesters gathered outside their business demanding they release the man, whom they eventually let go.

But that didn’t stop armed protesters from pushing down the linked fence.

Video showed protesters topple the fence and run toward John McDermott to confront him. Some protesters seemed to be holding others back to convince them to leave the property alone. Another video showed two men roll on the ground in a struggle, as one reaches for a gun in the other man’s holster on his waist. Other protesters drag them off one another.

Mason McDermott said he was also armed but never pointed the gun at the suspect or protesters.

“Nobody showed up when literally our lives are on the line,” Mason said. “I think the mayor and governor need to get their act together, because this is beyond a protest.”

“The goal was to make the changes,” John told KING-TV. “My heart is sad with all these people. I think there's a problem that needs to be addressed.”

The suspect was seen on video being pummeled by other protesters demanding he give up whatever he may have stolen.

Seattle Police Chief Carmen Best said Monday that her officers did not have a good contact number for the owner, whose business sits outside CHOP limits, and police will only respond inside the boundaries of the CHOP if there is a direct threat to life and safety.

In an email to KIRO, a Seattle Police spokesperson said the incident was documented in a report.

Fox News learned Tuesday that police officers arrived at the scene but remained at the periphery and did not approach the business owner, engage with protesters or apprehend the suspect. Officials said that fire personnel was waiting for a police escort to the area, but police did not want to approach the CHOP in a marked vehicle to stir up a commotion.

On Tuesday, Fox News learned the city of Seattle reached an agreement to replace the wooden roadblocks set in place by protesters with concrete barriers to allow emergency services vehicles to more easily pass through the area.