Scott Peterson was convicted in 2004 of killing his wife and their unborn child; Anita Vogel reports.

The California Supreme Court on Monday overturned the death penalty sentence for Scott Peterson, convicted in the Christmas Eve murder of his pregnant wife, Laci, and their unborn son, Conner.

The court's decision came more than 15 years after Laci, a Modesto, Calif., school teacher, was killed. Investigators said Peterson dumped his wife's body from his fishing boat into the San Francisco Bay in 2002. The bodies of Laci and Conner surfaced months later.

While the murder conviction against Peterson stayed in place, the court ordered a new penalty phase trial. 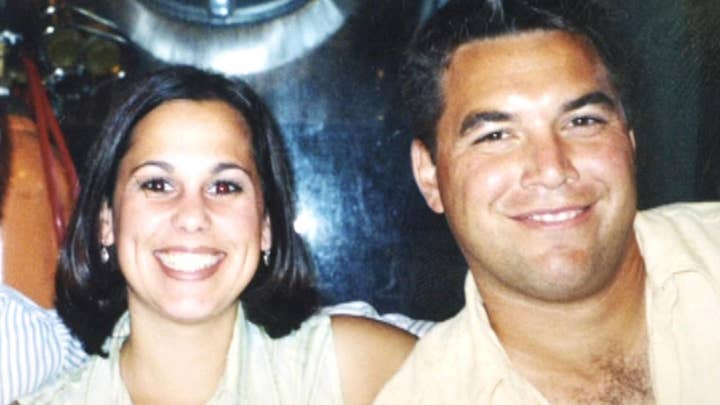 "Peterson contends his trial was flawed for multiple reasons, beginning with the unusual amount of pretrial publicity that surrounded the case," the court found. "We reject Peterson's claim that he received an unfair trial as to guilt and thus affirm his convictions for murder."

SCOTT PETERSON: 'I HAD NO IDEA' CONVICTION IN LACI PETERSON MURDER WAS COMING

However, the court ruled the trial judge in Peterson's case "made a series of clear and significant errors in jury selection that, under long-standing United States Supreme Court precedent, undermined Peterson's right to an impartial jury at the penalty phase."

The court also agreed that potential jurors improperly were dismissed from the jury pool after saying they personally disagreed with the death penalty but would be willing to impose it per California law.

Peterson, now 47, also claimed on appeal that he couldn't get a fair trial because of the massive publicity that surrounded his case, even though his trial was held nearly 90 miles away from his Central Valley home of Modesto to San Mateo County, south of San Francisco.

SCOTT PETERSON: 15 YEARS LATER, A LOOK BACK AT A CASE THAT GRIPPED A NATION

Stanislaus County District Attorney Birgit Fladager did not immediately say if she would seek the death penalty again.

Peterson has been housed on San Quentin State Prison's death row since he was sentenced to death by lethal injection in 2005.

Peterson's case grabbed national headlines and intense pressure was put on investigators to find her killer. They chased nearly 10,000 tips and considered parolees and convicted sex offenders as possible suspects.

On Dec. 24, 2002, Peterson called his mother-in-law, Sharon Rocha, in the early evening to ask if Laci was with her. He told Rocha he had returned from a day of fishing and when he got home, Laci's car was in the driveway and their dog was in the backyard with his leash on.

(California Department of Corrections and Rehabilitation)

The call to Rocha around 5:15 p.m. would set off a chain of events that would move an entire community, which jumped into action to find the missing mom to be. As the days and weeks went on, the search for Laci, who was 8 1/2 months pregnant when she disappeared, became more desperate.

Peterson claimed she was home the morning he left for his fishing trip in the San Francisco Bay and that was the last time he saw her.

Laci's family went on television, pleading for her safe return and for any information to help find her.

"Please bring my daughter home," Rocha asked the public in one news conference.

Attention soon turned to Peterson who has maintained he had nothing to do with Laci's disappearance.

One month after Laci's disappearance, police revealed her husband was living a double life, having an affair with a massage therapist who was living in Fresno by the name of Amber Frey.

SCOTT PETERSON MISTRESS AMBER FREY SUED OVER 'MEMOIRS OF A SEX ADDICT,' 'MYTHS OF THE FLESH'

Frey, a single mother, went to police once she became aware that the man she thought was her boyfriend was quickly becoming a prime suspect in a nationally televised case.

She eventually would go on to wear a wire and helped police record her conversations with Peterson, which would play a key role in the trial.

On April 13, 2003, the body of a baby boy was discovered along the shore of San Francisco Bay. The next day, the body of an adult female wearing maternity clothes was found nearby. The bodies were positively identified as those of Laci and her unborn son Conner.

Peterson was arrested in San Diego just days after the bodies were discovered.

(California Department of Corrections and Rehabilitation)

He had dyed his hair blonde, grown a goatee and had many items in his car which led investigators to believe he may have been ready to run.

Peterson, who pleaded not guilty, has always maintained his innocence.