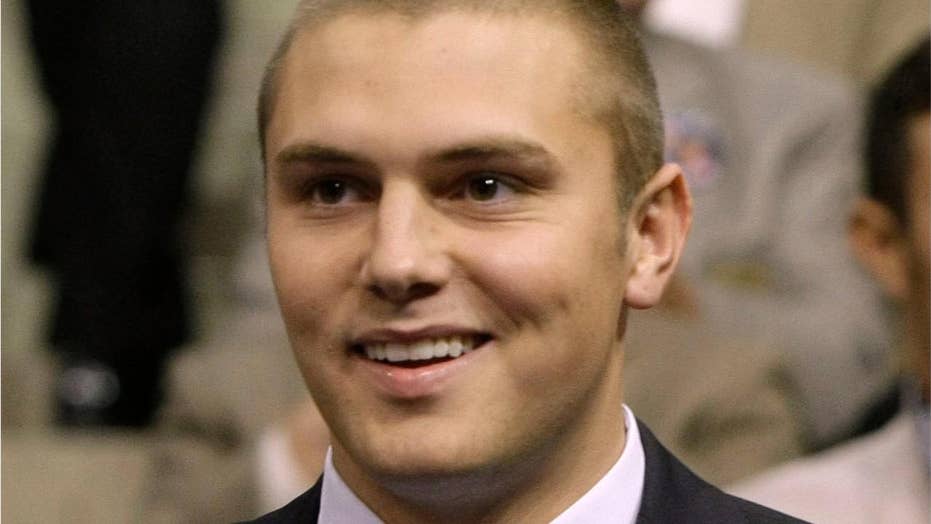 Sarah Palin’s eldest son, Track, has been arrested for allegedly assaulting a female ‘acquaintance’ and then resisting arrest. This is not the first time Track has been in trouble with the law.

Around 10:30 p.m. local time, Alaska State Troopers responded to a disturbance call at a home in Wasilla. When they arrived, they determined Track Palin “assaulted an acquaintance at his residence,” state troopers said in an online dispatch Saturday.

According to the dispatch, Track Palin, an army veteran, took the acquaintance’s phone, preventing her from calling authorities. The acquaintance has not yet been identified.

Upon arrival, officials said the 29-year-old “physically resisted troopers” while he was being arrested. He is now facing charges of fourth-degree domestic violence assault, interfering with the report of a domestic violence crime, resisting arrest, and disorderly conduct, according to the online dispatch.

In January 2016, Track Palin was charged with assault, interfering with the report of a domestic violence crime, and possessing a weapon while intoxicated in connection with the incident. At the time, Palin’s girlfriend told law enforcement he punched her in the face.

Then, in 2017, he was arrested after allegedly assaulting his father Todd.

Tim DeSpain, an Alaska State Troopers spokesman, was not immediately available for additional comment when contacted by Fox News on Saturday.