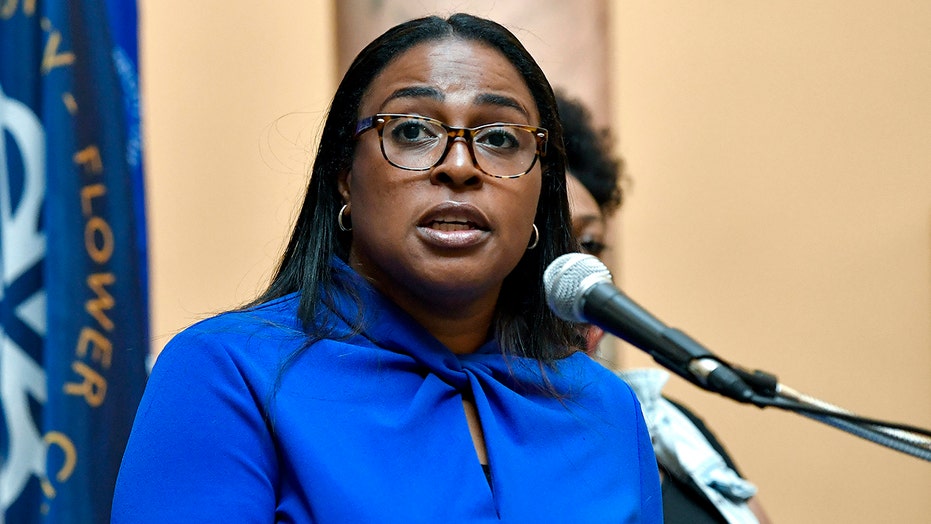 The city of Rochester, N.Y., appointed its first female police chief Saturday as part of an overhaul of the force following weeks of protests.

Mayor Lovely Warren announced the appointment of Cynthia Herriott-Sullivan as interim chief of police. Herriott-Sullivan takes the post after former Chief La'Ron D. Singletary resigned following accusations that he and other commanding officers covered up the death of Daniel Prude.

She will come out of retirement to hold the role as Rochester city leaders consider their next moves in rethinking how the police department operates in light of recent protests and violence.

The department’s response to civil unrest following the death of Prude in police custody has reportedly cost taxpayers almost $1.4 million in overtime pay since the end of August.

Rochester was rocked by Prude's death, kicking off nightly protests after his relatives released police body-camera video and written reports obtained through a public records request in early September. Police officials supposedly downplayied and even covered up Prude's death out of apparent fear of backlash, according to Warren and recently released documents.

"She [Herriott-Sullivan] will have the ability to bridge the gap between the people and police in our community," Warren said.

Herriott-Sullivan is a Rochester native, having joined the RPD in 1985. She served 24 years before retiring as the executive lieutenant in the chief's office, Spectrum News reported.

"Ironically, I left the police department because I wanted to help people stay out of jail,” Herriott-Sullivan said during the news conference Saturday. She said she hopes to bring the resources and experience of her social work to her new role.

Warren made two other appointments aimed at bolstering the police department. Gabriel Person has been named deputy chief, and Officer Moses Robinson will join the command staff in the chief's office.

This is a breaking news story. Please check back for developments.