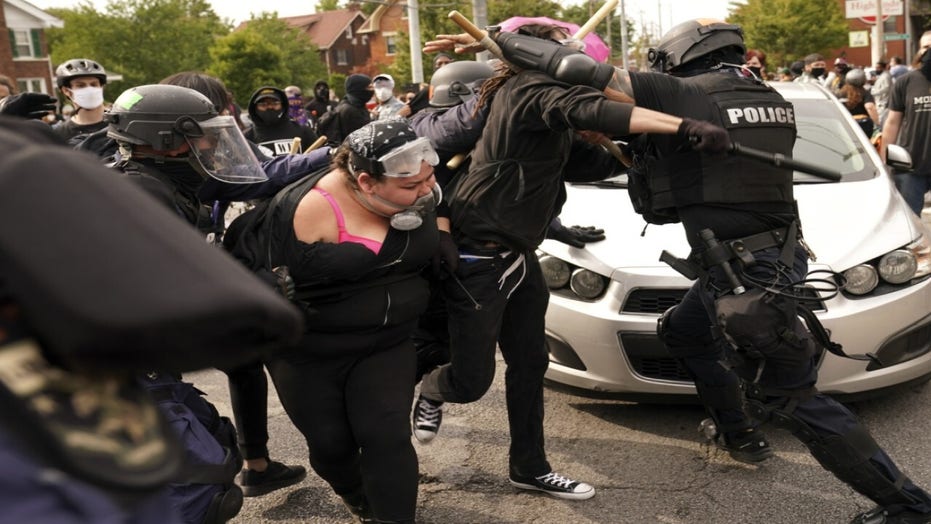 Who is organizing Louisville protests?

Protesters in Louisville, Ky., who were shown on video grabbing signs, shields, water and other supplies from a U-Haul truck that pulled up near the site where the Breonna Taylor protests were taking place on Wednesday need to be investigated, Turning Point USA spokesperson Rob Smith said.

“My thoughts as soon as I saw that video is, Who is funding this, who is organizing this, who is out there exploiting the pain and fear and emotions of African Americans on the street right now in Louisville in order to incite riots and violence and destruction? This stuff was obviously planned,” Smith told “Fox & Friends” on Thursday.

The Louisville Metro Police Department announced nearly 100 arrests were made overnight amid demonstrations following a grand jury decision to charge only one officer in connection to the police operation that killed Breonna Taylor, but not her death.

A suspect accused of shooting two Louisville police officers during Wednesday evening's protests has also been identified. Larynzo Johnson, 26, has been charged with wanton endangerment and assault of a police officer. He will be arraigned on Friday.

Shots rang out when Louisville police officers were conducting crowd control operations at Broadway and Brook Street “in response to a large crowd that had set fires, caused property damage and failed to disperse after being warned,” according to the post-arrest complaint filed in Jefferson County.

Smith wants to know “where the money is coming from" and "who is behind” the violent protests.

“When I saw that video, it was very shocking to me how obviously coordinated it all was and I want to know who is out here exploiting people’s pain in this way,” Smith said.