Angry protesters clashed with police and looted businesses in western Philadelphia Monday night after a 27-year-old Black man was shot to death in a confrontation with city officers earlier in the day.

Walter Wallace, who was allegedly holding a knife, was fatally shot while two police officers were responding to a complaint about a man with a weapon in Cobbs Creek, according to the Associated Press. He "advanced toward" the officers, who then fired "several times," the outlet reported.

Wallace was hit in both the shoulder and chest, then taken in a police vehicle to a hospital, where he died.

Following Wallace's death, which was recorded and posted on social media, hundreds of people -- some armed with bricks -- protested in the 52nd Street commercial district, and the demonstration quickly turned violent. Police cars and dumpsters were set ablaze and NBC10 Philadelphia reported that at least 30 police officers were hurt.

A 56-year-old sergeant was struck by a truck and was hospitalized with a broken leg, among other injuries.

Stores including several Rite Aid pharmacies, a restaurant, and clothing and shoe shops were broken into. Two ATMs were also reported to have been smashed.

More than 30 people were arrested during the confrontation, according to police.

City Police Commissioner Danielle Outlaw arrived at the scene shortly after the shooting and wrote in a statement that she had "heard and felt the anger of the community."

"Residents have my assurance that those questions will be fully addressed by the investigation," she promised. 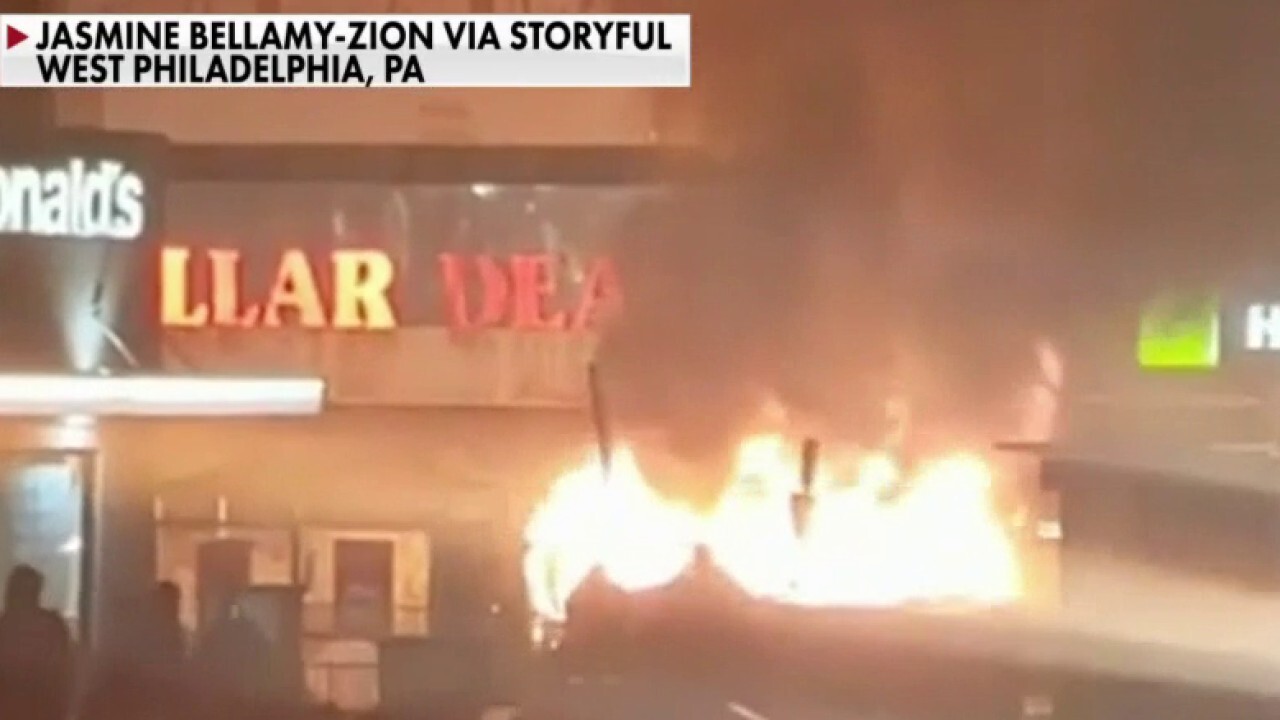 The names of the two officers involved in the shooting were not immediately released. Both were taken off street duty, according to the Philadelphia Inquirer.

“My prayers are with the family and friends of Walter Wallace," Mayor Jim Kenney said in a statement. "I have watched the video of this tragic incident and it presents difficult questions that must be answered. I spoke tonight with Mr. Wallace’s family, and will continue to reach out to hear their concerns firsthand, and to answer their questions to the extent that I am able.”

Wallace's father, Walter Wallace Sr., told the Inquirer that his son struggled with mental issues and that his wife had been "trying to defuse the situation."

“Why didn’t they use a Taser?” he asked, referring to an electrical stun gun sometimes used to avoid deadly force.

The 52nd Street corridor has been the scene of unrest this year amid nationwide protests over social and racial inequality following the killing of George Floyd, a Black man who perished while being detained by Minneapolis police.