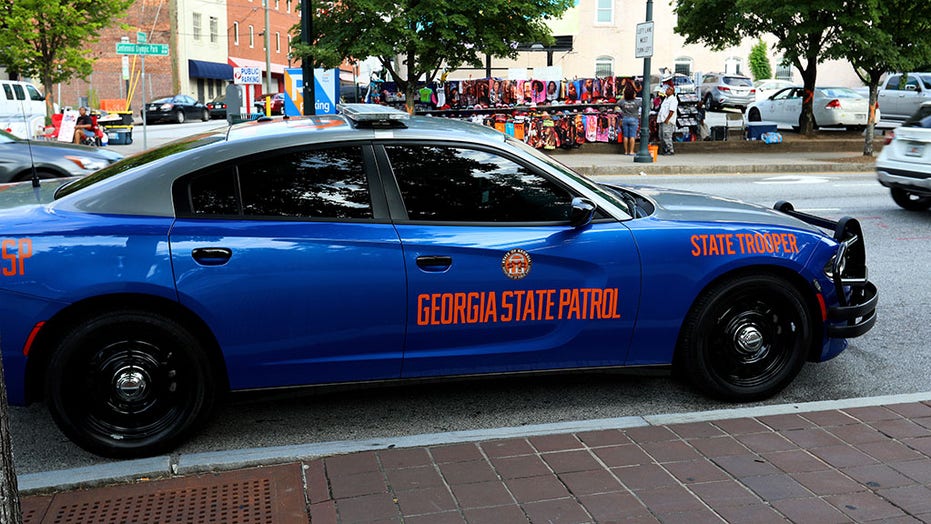 A law enforcement officer in Georgia is going viral after he said he "has much respect" for Black Lives Matter protesters after the death of George Floyd — but he only kneels "for one person."

Georgia State Trooper O'Neal Saddler was allegedly asked to kneel during a demonstration in Hartwell while a bystander was recording.

"If I didn't have any respect, I wouldn't [be here]," Saddler explained. "I was supposed to be out of town this weekend with my wife. I took off today, this weekend, but I'm out here to make sure y'all are safe."

He added, "Don't go there with respect, OK? I have much respect, but I only kneel for one person."

Someone in the crowd replied: "And that's God," which the trooper confirmed: "God."

Saddler was audibly thanked for his response, which went viral online.

"God Bless him!" Ryan Fournier, founder and co-chairman of Students for Trump, wrote in a tweet.

Others praised him in the original post as "one of the best in the business."

The state trooper's comments come as many police officers have been urged to take a knee in solidarity with protesters as some are pushing to "defund the police."