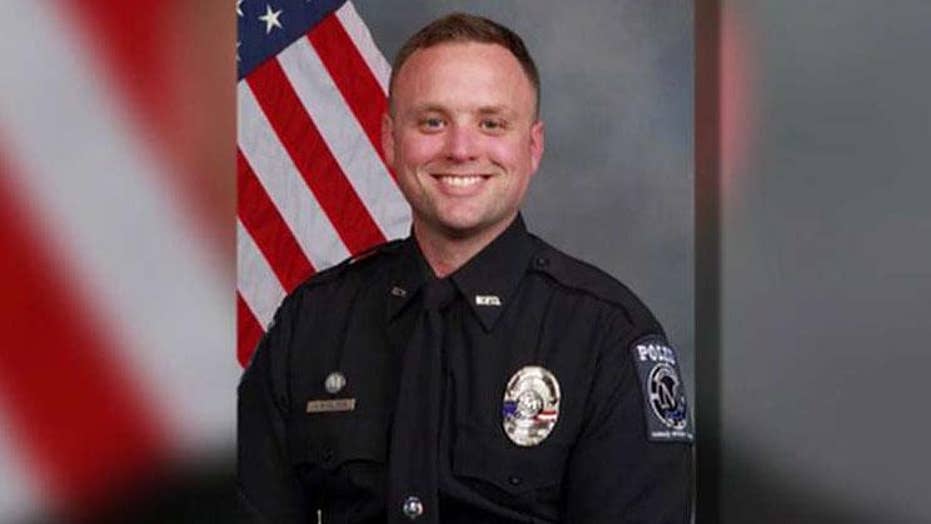 The shooter was found dead from a self-inflicted gunshot wound.

A police officer who was shot Saturday night during a traffic stop in Mooresville, N.C., has died, according to reports.

Sheldon was transported from the scene to receive medical attention but did not survive, the report said.

An unidentified suspect pursued by police in connection with the shooting was located in a nearby apartment but fatally shot himself as police closed in, according to the report.

The Mooresville Police Department announced the tragic news of Sheldon's death in a Facebook post, along with photos of the slain officer.

Police arriving at the scene after the shooting located what was believed to be the suspect's vehicle, then began chasing the suspect, WSOC reported.

Mooresville is a town of about 36,500 residents, located about 29 miles north of Charlotte.