Utah police say 23-year-old Mackenzie Lueck was last seen meeting someone at a park at 3 a.m.

Salt Lake City police said Tuesday that investigators are taking a further look into the social media and “dating accounts” of the missing University of Utah student who disappeared last week after being dropped off at a local park.

Assistant Police Chief Tim Doubt asked anyone with information regarding possible secret social accounts or “an alternate phone” that Mackenzie Lueck, 23, might have to come forward to police.

Doubt said that investigators have exhausted many leads and are now taking another look into “any kind of social media accounts, any kind of dating accounts, things like that” that might offer information into where Lueck might be.

Lueck was last seen at the Salt Lake City International Airport on June 17 at 2:40 a.m. Police say she ordered a Lyft and was dropped off at Hatch Park in North Salt Lake with her belongings. She has not been seen or heard from since. 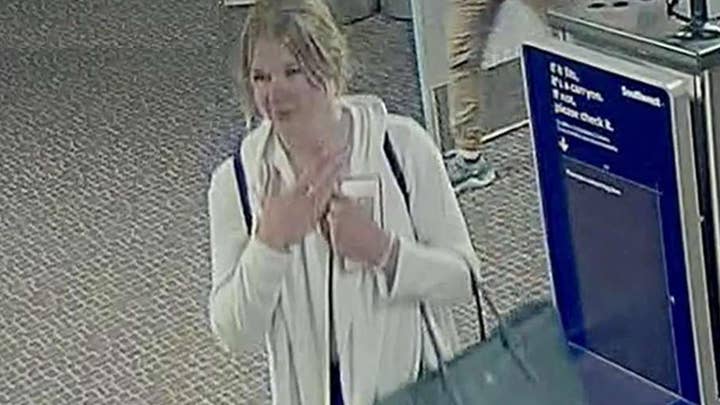 When asked by a reporter during Tuesday’s press conference if there was any indication that Lueck may have been living a “double life” because of her possible secret accounts, Doubt said that investigators found “no indication of that.”

“We just want to make sure we’re covering all of our bases,” he said.

When pressed further over reports that friends of Lueck said she was known to be dating several people and was “interested in older men,” Doubt said police were looking into it.

“We are aware of that and we are following up on all of those leads,” he said.

Doubt said that investigators have exhausted many leads are now taking another looking into “any kind of social media accounts, any kind of dating accounts, things like that” that might offer information into where Lueck might be.  (Salt Lake Police Department)

He would not say if investigators spoke to anyone Lueck had dated.

According to a KUTV report, the app, which has not been named, contained photos of Lueck that were similar to those on her social media accounts and had information that matched details provided by police about where she attended school and her major.

The alleged profile also reportedly stated that she wanted to be spoiled.

Doubt said police served several search warrants but would not confirm if any of those warrants were for her phone records.

Police also released images during the press conference that appeared to show Lueck at the airport shortly before she disappeared.

“This is the last known footage we have of her," he said, "and shows what she was wearing that day.”