Pennsylvania State Rep. Martina White (R) is voting against Philadelphia District Attorney Larry Krasner for his ‘misbehavior’ in office as he faces an impeachment vote.

The 107-85 vote was largely along party lines following a fiery debate. The articles of impeachment accuse Krasner of "misbehavior in office" and obstructing a legislative committee investigating his office. The Judiciary Committee in the Pennsylvania House of Representatives voted Tuesday to advance impeachment articles against Krasner, setting up Wednesday's vote.

"His lack of proper leadership serves as a direct and proximate cause of the crisis currently facing the city of Philadelphia," states House Resolution No. 240, which called for Krasner's impeachment.

Pennsylvania state House Republicans on Wednesday voted to impeach Philadelphia District Attorney Larry Krasner, claiming he was responsible for the rise of crime across the city. (FOX 29 Philadelphia)

GOP State Rep. Timothy Bonner said Krasner has put himself above the law and accused him of deciding which laws to enforce.

"One man that has put himself above the law and has arbitrarily decided what laws are valid," he said. "In Philadelphia, a prosecutor is at the center of the rule of law and protecting the law and enforcing the law in this country. A prosecutor has discretion in deciding what charges will be initially filed, but that power is not absolute, and it can be abused."

Krasner has characterized the impeachment as a political stunt over ideological disagreements.

In a statement released shortly after the vote, he said House Republicans didn't present a "shred of evidence connecting our policies to any uptick in crime."

"We were never given the opportunity to defend our ideas and policies — policies I would have been proud to explain," he said. "That Pennsylvania Republicans willfully avoided hearing the facts about my office is shameful." 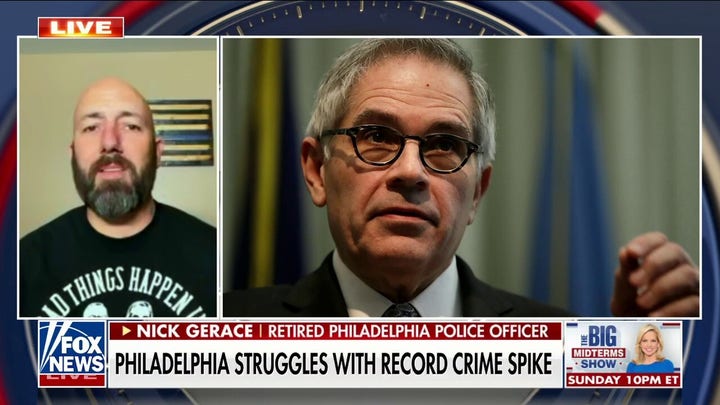 State Rep. Martina White, R-Philadelphia, a sponsor of the impeachment resolution and a political ally of the city police union that has clashed with Krasner, said, "This man has denied that there is even a crisis of crime happening on our streets."

Democrats have argued that Krasner is being scapegoated for wider problems and that the case against him is weak and an abuse of legislative power. They said the lame duck session impeachment would overturn voters' will and that House Republicans have themselves failed to act to address gun violence.