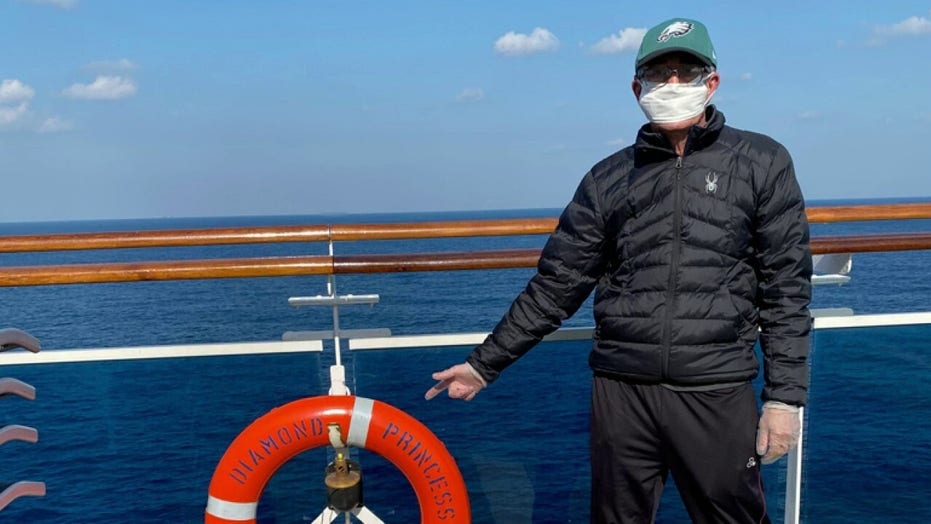 Carl Goldman has spent more than 30 days in coronavirus quarantine after he and his wife were passengers on the Diamond Princess cruise ship in Japan.

An online petition is calling for two California high school students to be expelled after they were allegedly seen in several videos appearing to bully Vietnamese students on campus, including one incident in which they shouted “coronavirus” during a cultural appreciation assembly.

The incidents occurred Friday at Bolsa Grande High School in Garden Grove, Calif. – a city with one of the largest concentrations of Vietnamese-Americans in the United States.

An online petition is calling for two high school students to be expelled for allegedly bullying students of Asian descent.  (iStock)

In the first video, two girls can be seen sitting in the school’s bleachers during an assembly aimed at showcasing the students’ different cultural backgrounds. When students of Asian descent appear in the assembly, one of the girls can be heard shouting, “Coronavirus.”

In the second video, one of the girls can be seen wearing a student’s traditional Vietnamese hat, before throwing it on the ground.

In the third video, one of the girls tells a student of Asian descent wearing a face mask, “Hey, b----,” before appearing to hit the student in the mouth. The student can be heard telling the girls, “No, thank you,” as she turns away while the girls laugh.

“As a graduate from this high school and a member of VSA (Vietnamese Student Association), this DISGUSTS me,” wrote Facebook user Teriann Nguyen, who posted the videos. “Seeing them mock and disrespect my culture AND harassing another student because she was wearing a face mask, this ANGERS me.”

An online petition calling for the girls to be expelled was created on change.org over the weekend.

“The students from the Asian community, who comprise 72% of the student population of the school, have been shown to be abused, humiliated and insulted in a series of videos from the students, and will unfortunately, not feel safe and happy that such students would be allowed (to) continue to be apart of the progressive and multi-racial Bolsa Grande High School and the Garden Grove Unified School district,” the petition reads.

As of Tuesday evening, the petition has garnered more than 36,000 signatures.

"GGUSD is a highly diverse district committed to equity and inclusivity; we have in place a comprehensive set of initiatives addressing hate and bias including a partnership with the Anti-Defamation League and their No Place for Hate School program (Bolsa is one) a Human Relations Task Force facilitated by OC Human Relations, and district-wide protocols for responding to hate and bias in schools."

“The behaviors shown in the video are unacceptable and will not be tolerated by Bolsa Grande or GGUSD. Disruptive and bias/hate speech and actions have no place in our schools,” the post read.

Bolsa Grande High School Principal Tracy Conway sent out a message to students, parents, and staff on Saturday saying that the videos do “not portray the values of the diverse school,” the district said.

The district also urged against vilifying the entire school – which is made up of almost 2,000 students – based on the behaviors of a few individual students.

The incident at Bolsa Grande High School comes amid increasing reports of racism directed towards Asians in the United States and Europe over the spread of the coronavirus, or COVID-19, which originated in the Chinese city of Wuhan in December.

Chinese officials have pushed back on the expression “Wuhan coronavirus” – saying the name unfairly stigmatizes the Asian nation and borders on being racist. After some pressure, the World Health Organization (WHO) last month renamed the illness COVID-19 in an effort to destigmatize a specific location or group of people.