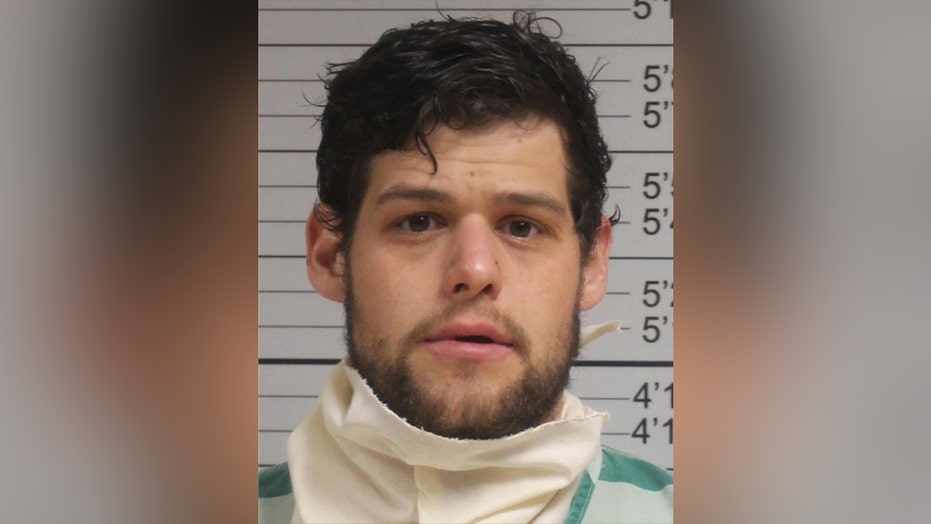 A Pennsylvania man was arrested after he doused a 4-year-old boy with gasoline and threatened to burn a "demon" out of him, police said.

Josiah James McIntosh, 27, is facing aggravated assault and other charges. The incident happened around 1 p.m. Wednesday at a home in Southmont Borough, just outside Johnstown.

Officers responding to a "domestic disturbance" arrived at the home and found the child and McIntosh smelling of gasoline, and the defendant in possession of a disposable lighter, the West Hills Regional Police Department said.

Officer Christopher Kesslak alleged in a criminal complaint that McIntosh “splashed gasoline on the little boy and made a reference to setting him on fire.”

A man who arrived at the home before police reported that McIntosh told him, “If we can’t get out the demon, I’ll burn it out of him," according to the complaint.

The man said he tried to stop McIntosh, but the defendant punched him and hit him in the head with a brick before fleeing. Police told WJAC-TV they observed injuries to the man's left side, in addition to his head and ear area.

Authorities found McIntosh after a brief search of the neighborhood.

In addition to the aggravated assault of a person under the age of 6, McIntosh was charged with reckless endangerment and child endangerment.

Police did not say whether the boy is related to McIntosh, but at The Tribune-Democrat reported the victim is McIntosh's son.

McIntosh is being held in lieu of $75,000 bail. A preliminary hearing is scheduled for May 27.

The defendant's attorney could not be reached for comment by the Associated Press.