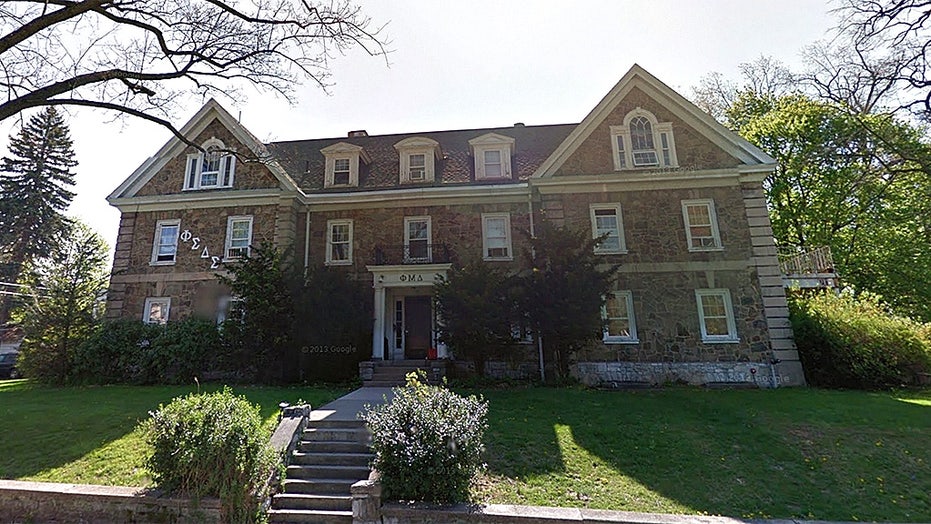 A Penn State fraternity was suspended Wednesday after four members were accused of sexually assaulting a female student at their chapter house earlier this month.

The unidentified student told someone that she was sexually assaulted by four unidentified males at the Alpha Epsilon Pi fraternity house on Jan. 15. That person who she confided in later filed an online report with Penn State College Police on Tuesday morning, according to a campus alert.

"Penn State is committed to the safety and well-being of all students in our community and takes allegations of sexual misconduct seriously," the university said in a statement, according to the New York Daily News.

“Other appropriate offices have been notified and are involved in contacting fraternity leadership and the national organization for this fraternity to seek more information, as further action is contemplated,” the statement added, according to the Philly Voice.

An interim suspension means the fraternity loses all privileges given to recognized student organizations, including recruiting new members, hosting activities and social events, and participating in university-wide functions.

Jonathan Pierce, a spokesman for the national Alpha Epsilon Pi fraternity, said the organization is cooperating with the investigation and “the alleged incident is absolutely antithetical to our fraternity's ideals and values,” Philadelphia's WCAU reported.

Penn State College Police issued a “timely warning” that the sexual assault had been reported at the fraternity and urged students not to admit strangers into their residence halls and not to ride or walk around campus with people they do not know.