A new federal lawsuit sheds light on the hours leading up to Michigan's devastating Oxford High School shooting, including how school administrators had possession of the backpack that was allegedly carrying Ethan Crumbley’s gun and ammunition – but failed to search the bag before handing it back to the teenager.

The legal team representing a number of student victims in multiple lawsuits related to the late 2021 Oxford high school shooting have filed a new federal complaint against Oxford Community Schools and several staff members and administrators for allegedly failing to take action despite Crumbley’s "concerning, strange and bizarre behavior." Such behavior should have caught the attention of his parents and school officials, especially when a handful of teachers reported Crumbley’s alleged concerning drawings and actions, the lawsuit states.

Ethan Crumbley attends a hearing at Oakland County circuit court in Pontiac, February 22, 2022, over the teen's placement as he awaits trial. Crumbley, 15, is charged with the fatal shooting of four fellow students and the wounding of seven others, including a teacher at Oxford high school on Nov. 30.  (David Guralnick / POOL via The Detroit News via AP)

"With the alarming number of red flags and desperate cries for help that Ethan’s parents, teachers, counselors and administrators all somehow missed, this mass shooting absolutely could and should have been prevented," lead attorney Ven Johnson said in a Monday press release.

The lawsuit was filed in the Eastern District of Michigan and accuses Oxford Community School District and nine current or former school staff members, of violating students' Fourteenth Amendment rights "to be free from danger created or increased by" the defendants, among other things.

A spokesperson for the school district would not comment when contacted by Fox News Digital, noting that its legal team was still reviewing the filing.

Prosecutors previously described how neither Crumbley’s parents nor school officials searched the teen’s backpack on the day of the shooting despite concerning behavior. But Monday’s lawsuit sheds more light on the events in the hours leading up to the Nov. 30, 2021, school shooting.

Just hours before the school shooting, Crumbley, now 16, allegedly drew a picture his 9 mm handgun and the words, "The thoughts won’t stop. Help me," the lawsuit states. Among other drawings, he also scrawled what appeared to be an image of person with multiple gunshot wounds and the words, "blood everywhere."

The teacher in the classroom at the time took a picture of the drawing and forwarded it to the school’s counselor and the dean of students before Crumbley allegedly changed the drawing to include statements such as, "OHS rocks!" and "We are all friends here." Meanwhile, another teacher saw him "looking up violent videos that depicted a shooting" and also reported the behavior to the counselor.

The school counselor ultimately pulled Crumbley out of class and began questioning him about the drawing, which he said was "just a drawing for a video game," the lawsuit states. The counselor called Crumbley’s mother and both parents arrived soon after. 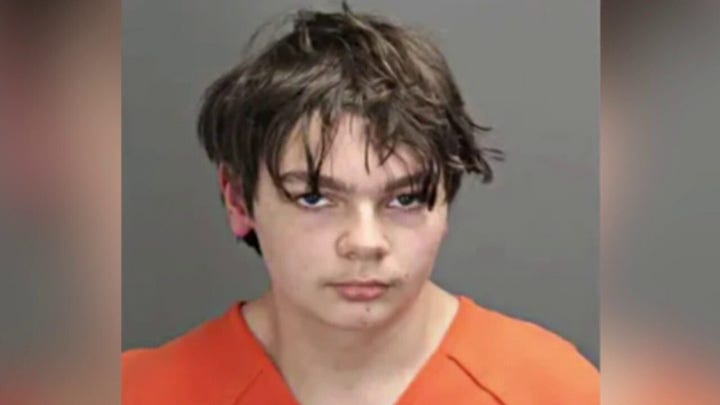 Meanwhile, the school’s dean of students retrieved Crumbley’s backpack from the classroom. According to the lawsuit, there were "a handgun and approximately 48 rounds of ammunition in his backpack."

The school told the Crumbley parents that their son needed "mental health support that day," but the parents allegedly brushed off the school’s concerns. They cited "work reasons" in refusing to take him out of school, the suit states.

The school counselor and the dean "knew that their meeting with [Crumbley’s] parents worsened [his] emotional and psychiatric condition," the complaint adds, but they allowed him to return to class "despite his concerning behavior." 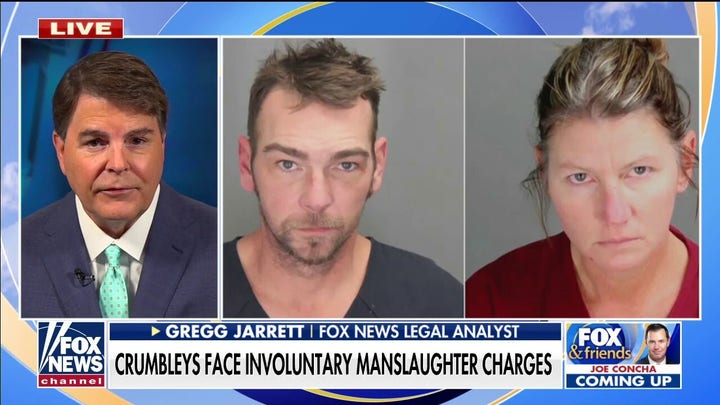 And school administrators "returned the backpack to [Crumbley] without searching it despite having reasonable cause to do so," the suit states. They also never involved a liaison officer or local law enforcement officer "who would have searched the backpack." 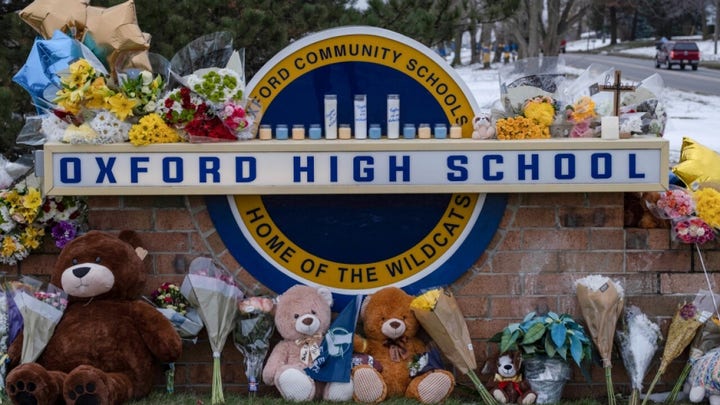 Crumbley had allegedly exhibited unusual or concerning behavior in the weeks prior to the attack.

On Nov. 11 of that year, he brought "a severed bird’s head to OHS and placed it in the boy’s bathroom," the suit states. School district administrators allegedly "concealed" information related to the incident from parents and staff members.

Over the course of the next several days, school administrators denied that there was any threat to the property or students.

"On or around November 16, 2021, several parents raised concerns about threats to students made on social media and concerns about multiple severed animal heads at OHS" to the school principal.

Also on the 16th, the principal emailed parents "confirming that there was no threat at OHS and large assumptions made on social media were merely exaggerated rumors," the lawsuit states. A different administrator allegedly made a similar announcement over the high school loudspeaker that same day.

Two days before the attack, on Nov. 29, a teacher spotted Crumbley "looking at ammunition for his gun on his cell phone," the suit states. She took a photo of the ammo that Crumbley was allegedly searching for and escorted the teen to the counseling office. That same day, students allegedly spotted Crumbley "with shell casings and live ammunition rounds at OHS."

Crumbley has remained held at Oakland County Jail since his arrest. His trial date has been tentatively set for Sept. 6.

Meanwhile, his parents, James and Jennifer Crumbley, face involuntary manslaughter charges. They have pleaded not guilty.

An attorney for Crumbley did not immediately respond to Fox News Digital’s request seeking comment on Monday. Crumbley’s defense team has previously said their client intends to use an insanity defense.