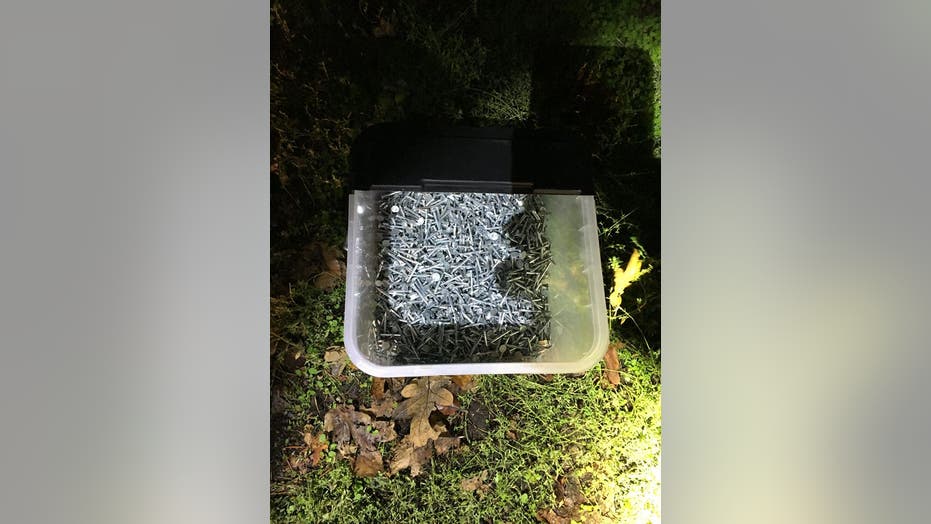 An Oregon man who intentionally threw roofing nails onto the state's busy streets over four dozen times was sentenced to 30 days in jail Tuesday.

“He was a menace to Oregon City for years,” prosecutor Bryan Brock told The Oregonian. “Police lived in constant annoyance.”

Oregon City police had received over 60 calls about the nails since 2017, which led to officers conducting a stakeout and catching him in the act back in October, according to Koin 6 News. They reportedly found a tub of brand new roofing nails in his car after pulling him over near his residence.

"We've been looking for him for a very long time. He was super sporadic when he did it; it wasn't super consistent," said Captain Shaun Davis with the Oregon City Police Department.

Wilson reportedly committed the crimes before sunrise to avoid detection in response to rude drivers who he believed had done him wrong, Brock said. He reportedly told police he would buy $40 buckets of nails at a Home Depot outside the city to avoid them being traced back to him, according to the paper. He went through about a bucket a month.

“It was his form of anger management. It made him feel better,” Brock told the paper.

He pleaded guilty last month to one count of criminal mischief and four counts of disorderly conduct. After Wilson serves his sentence, he will undergo a mental health evaluation and anger management training. He's also not allowed to drink alcohol, according to The Oregonian.

Wilson reportedly damaged multiple tires, but there were no physical injuries because of the nails, the station reported.

“He called it [the crime spree] ‘Random acts of kindness,’” said Brock.