Explorers have supposedly captured video footage of Bigfoot. More than 10,000 people in the U.S. have described encounters with the primate in the last 50 years.

Sasquatch. Bigfoot. Yeti. There are many monikers for the large and mysterious upright bi-pedal mammal that has allegedly roamed the world’s forests for hundreds of years. A long-told legend in many cultures: sightings of the creature have been reported from the Himalayas to the woods of Central Oregon. Although no definitive proof exists, reports of human encounters keep piling up.

More than 10,000 people in the U.S. have described encounters with Bigfoot over the past 50 years, one-third of which have taken place in the Pacific Northwest.

DID WASHINGTON STATE DOT'S WEBCAM CAPTURE BIGFOOT IMAGE? 'WE'LL LEAVE THAT UP TO YOU!'

There are several organizations dedicated to the research and investigation of Bigfoot sightings in the U.S., the oldest and largest being the Bigfoot Field Researchers Organization (BFRO).

But, the question remains: Is Bigfoot real? Here are the top supposed sightings within the last year.

An image of the legendary Sasquatch may have been captured on a Washington State Department of Transportation webcam, the agency says. “Sasquatch spotted!!! I’m not superstitious… just a little stitious," a WSDOT East post on Twitter reported last month. "Have you noticed something strange on our Sherman Pass/SR 20 webcam before? If you look closely by the tree on the left there looks to be something… might be Sasquatch… We will leave that up to you!”

Explorers and scientists may have captured video footage of Bigfoot in an area where “thousands” of sightings have been reported. Around a third of all Bigfoot sightings are recorded in the state of Oregon, which makes it a prime target for Bigfoot hunters.

During filming for a Travel Channel documentary, Mireya Mayor, a primatologist at the Florida International University, managed to capture a moving object on thermal cameras.  "Very big and moving in an apelike – if not bipedal – fashion,”  she said in an interview with Live Science. 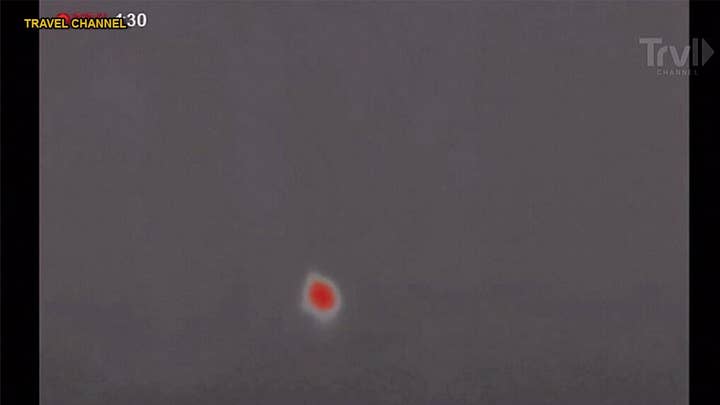 In a stunning discovery, scientists unearthed new evidence of the “original Bigfoot,” a 10-foot tall ape that lived nearly 2 million years ago.

Known as Gigantopithecus blacki, researchers discovered that the giant primate lived in southeastern China approximately 1.9 million years ago. They also found that the animal was related to the modern-day orangutan after they conducted groundbreaking, new analysis of proteins in tooth enamel. The research also shows that G. blacki, which weighed up to 595 pounds, diverged from orangutans about 12 million years ago. Unlike chimpanzees or bonobos, it is not closely related to humans.

A ghostly image captured along Lake James in the mountains northwest of Charlotte, N.C., at around 2 a.m. was captured by Bigfoot 911, a Marion-based team of Sasquatch hunters. “I locked right onto this creature and knew immediately it was a Bigfoot,” John Bruner told McClatchy News group.

Bruner said the photos taken were captured with “night vision cameras” while the men eased into one of the lake’s northern coves. The group was “scouting” the area after receiving reports that night fishermen had seen something watching them from the shore.

This Aug. 19, 2015 photo provided by the Kennebunk Police Department shows an graffiti on a sign in Kennebunk, Maine. Authorities have nabbed a man who's accused of spray-painting images of Sasquatch on public property in Kennebunk, Maine. Police in the picturesque coastal town didn't find the graffiti featuring Bigfoot all that amusing and charged 36-year-old Freeman Hatch with criminal mischief and possession of drugs. (Det. Stephen M. Borst, Kennebunk Police Department via AP) (The Associated Press)

Two Bowling Green, Ky., campers — Madelyn Durand and friend Brad Ginn — were camping at Mammoth Cave National Park on a Sunday in August when they met a man who had just found his campsite demolished. “It was Bigfoot country,” he told them before disappearing. Minutes later, the pair said they heard gunshots, called 911, and hiked back to their car where Park Rangers were waiting.

While the incident is technically not a Bigfoot sighting — as no creature was seen — the mere mention was enough to warrant headlines.

Vicky Cook of Shelby, N.C., told station WCNC-TV that she had found about eight Bigfoot footprints since March of 2019. She reportedly would leave candy and cookies for the mythical being.

In June, Cook posted grainy trail cam photos on Facebook of what she said was the real deal. “I forgot and left my camera on and he showed up after I left for town,” she told the local station. Adding: “Looks to be a foot with only three toes and one big one off to the side. Almost gorilla-like.”

Footprints are seen in the snow near Makalu Base Camp in Nepal, in this picture taken on April 9. Mountaineers from the Indian army on expedition in Nepal have found mysterious large footprints in the snow that they think belong to the Yeti, or the abominable snowman, the military said on Tuesday.

On May 20, a 51-year-old man said he saw a 7-to-8-foot creature standing along a highway in Rich Mountain Wilderness area. The sighting was reportedly one of two in the same area. The incident happened at about 8:30 p.m. in Cherry Log when driver Edward Lee saw what he described as a “hairy, two-legged, creature with a pointed head.” Lee then pulled around the back side of the small patch of woods thinking it would emerge on the other side of the road. But, it never did.

Lee said that his own wife didn’t believe him, but that “it wasn’t no bear.”

The Indian Army claimed they, too, had found strange footprints of the mysterious Yeti — often referred to as a cousin of Bigfoot's — close to Makalu Base Camp. In previous sightings, the mysterious creature had only been sighted in Makalu-Barun National Park. 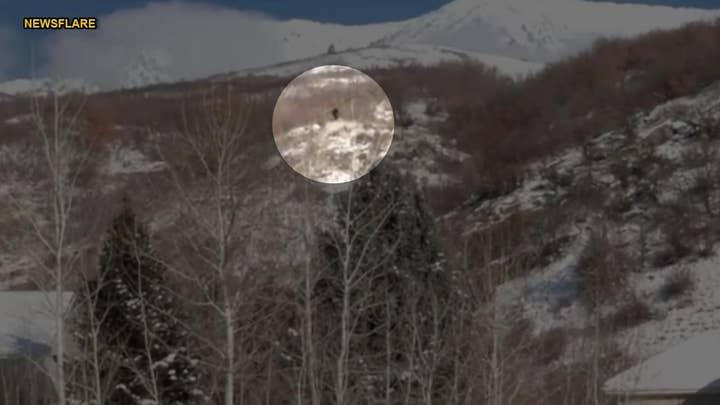 In February of 2019, Bigfoot Researchers of the Hudson Valley posted photos sent from a young man in Rhinebeck who claimed to have had two experiences with what is believed to be Bigfoot. The man said he “woke up to strange tracks throughout his property” and two nights following heard “heavy bipedal footsteps walking on his front porch and a loud bang on the siding."

In the foothills of Northeast Provo, Utah, a group of guys saw a figure on the mountain that looked like something they’ve never seen before. The camera was rolling as Austin Craig and a buddy went on the hunt. Their findings, however, were inconclusive. Although, Utah County has been a hot spot for the ‘squatch in years past. Another sighting had been reported in the area just a few years ago by a family on their way to the Provo Municipal Airport.

They also recorded video showing a large, shadowy figure similar to the one Craig and his friend reportedly saw.