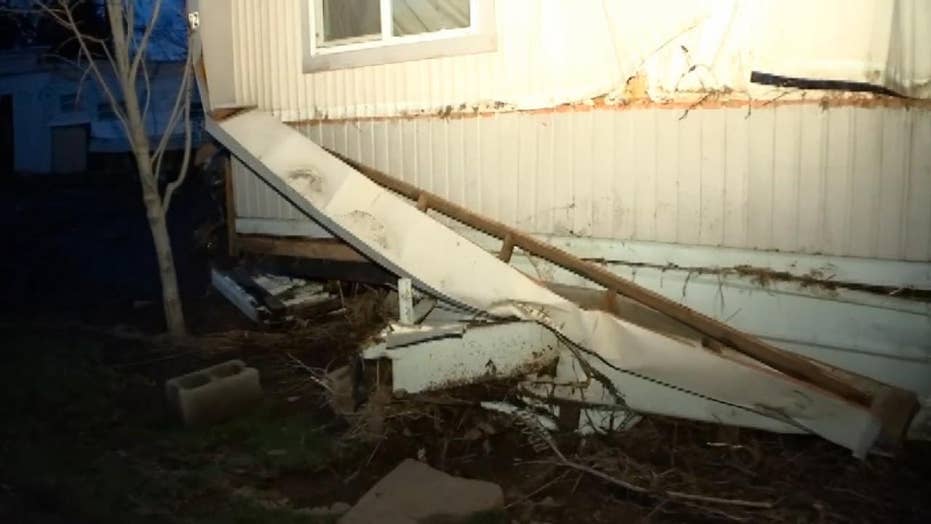 Oregon residents begin to assess the damage from deadly flooding

Officials say over 200 homes were submerged in Umatilla County.

Floodwaters in Oregon are receding on Monday after relentless rain and melting snow led to dozens of rescues over the weekend from weather that killed one woman who was swept away in raging waters.

Multiple rivers in rural northeast Oregon were pushed over their banks Thursday after heavy snowfall in the mountains was combined with two days of steady rain and warming temperatures, sending floodwaters into the city of Pendleton and other rural communities.

The Umatilla County Sheriff's Office said Sunday that searchers and neighbors found the body of a woman who was reported missing a day earlier. Janet Tobkin Conley, 62, lived in one of the areas hit by the floods and appeared to have been "swept away by rushing water," according to the sheriff's office.

“Our sympathies go out to the family and friends of Ms. Conley in this difficult time,” Umatilla County Sheriff’s Office Sgt. Dwight Johnson said in a statement.

The body of Janet Tobkin Conley (right) was found Sunday by searchers and neighbors after she was swept away by raging waters as major flooding was reported in northeastern Oregon.  (Ben Lonergan/East Oregonian via AP/Umatilla County Sheriff's Office)

Troops from the Oregon National Guard conducted rescue missions through the weekend as nearly 50 people were airlifted to safety in total on Friday and Saturday. The helicopter missions continued Sunday and volunteers also assisted flood victims, according to FOX12.

Seventeen evacuees spent Friday night at the Red Cross shelter in the Pendleton Convention Center, and numerous people dropped off blankets, pillows and other comfort items, Nadine McCrindle, the Red Cross executive director for central and eastern Oregon, told the Associated Press. Another eight people stayed at a shelter in Walla Walla, Washington.

“They'll be able to go to their homes and see what is left, if anything, and see what the damage is,” McCrindle said.

An approximately 10-mile stretch of Interstate 84 south of Hermiston, Ore., remained closed Sunday due to flood damage and authorities say it could be a week before it reopens. A detour is in place.

Many roads in Umatilla County, where Pendleton is the county seat, were still closed because of high water or damage, the county sheriff’s office said.

Feb. 6, 2020: Nate Fuller and Archie Morrow await rescue on the roof of a home in Thorn Hollow outside of Adams, Ore. (Ben Lonergan/East Oregonian via AP)

The Umatilla River crested just before 10 p.m. Thursday at more than 19 feet, nearly four times the average height for that date. Rivers all around the region overran their banks.

Residents in the foothills of the Blue Mountains in northeast Oregon described a chaotic situation as the rivers quickly rose on Thursday.

“It was just up to the floorboards of his Dodge truck when we left," Troy Younce told FOX12. "He was hitting debris in the water when we left, underneath he was running over and I just told him to keep going.”

In Washington state, there was widespread flooding in the Walla Walla Valley. Waters were receding, but authorities were assessing damage in communities such as Dayton, Waitsburg and Milton-Freewater.