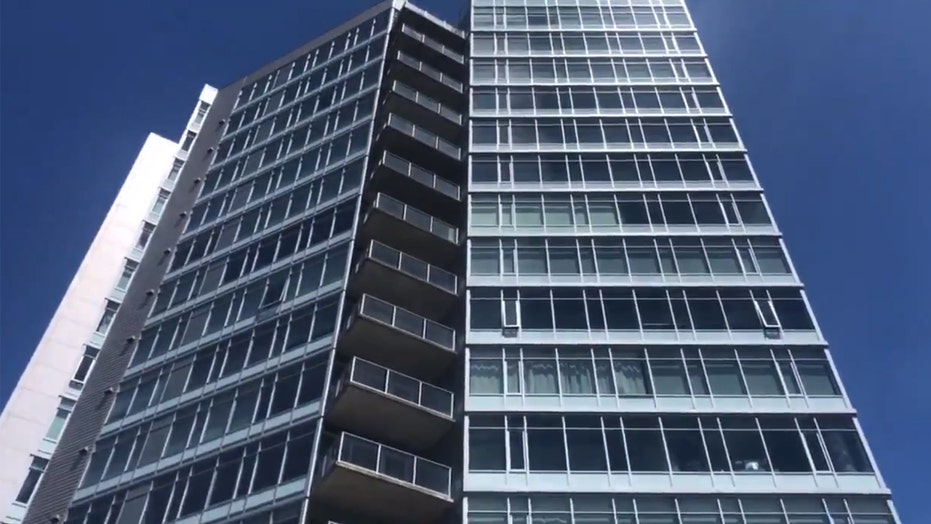 A woman in Oregon was fighting for her life Tuesday after plunging 16 stories down the garbage chute of a Portland condo a day earlier, officials said.

Portland Fire and Rescue said on Twitter the incident happened around 1 p.m. local time at a building on West Burnside Avenue across the street from Providence Park, where the Portland Timbers play.

Witnesses reportedly said the woman got into the garbage chute and then fell 16 stories before landing in the garbage collection area, according to the rescue agency.

BODIES OF WOMAN AND HER SON, 3, FOUND IN REMOTE OREGON AFTER BOY’S FATHER ARRESTED ON MURDER CHARGES

Firefighters found the woman in the garbage collection area and transported her to Oregon Health & Science University Hospital with "life-threatening" injuries.

A woman sustained "life-threatening" injuries after falling 16 stories down a garbage chute at a condo building in Portland, Ore. on Monday. (Portland Fire & Rescue)

Portland Fire & Rescue spokesman Rich Chatman told the Oregonian the woman, who was not a resident of the building, sustained head injuries in the fall.

“I can say there was a mental health component involved,” he told the newspaper.

Firefighters found the woman in the garbage collection area, after she fell 16 stories down a chute. (Portland Fire & Rescue)

The woman was reported to be in her late 20's. It was not known how she got in the building or why she entered the chute, according to FOX12.

The incident caused traffic tie-ups in the area for roughly 30 minutes as first-responders rushed to the scene, firefighters said.