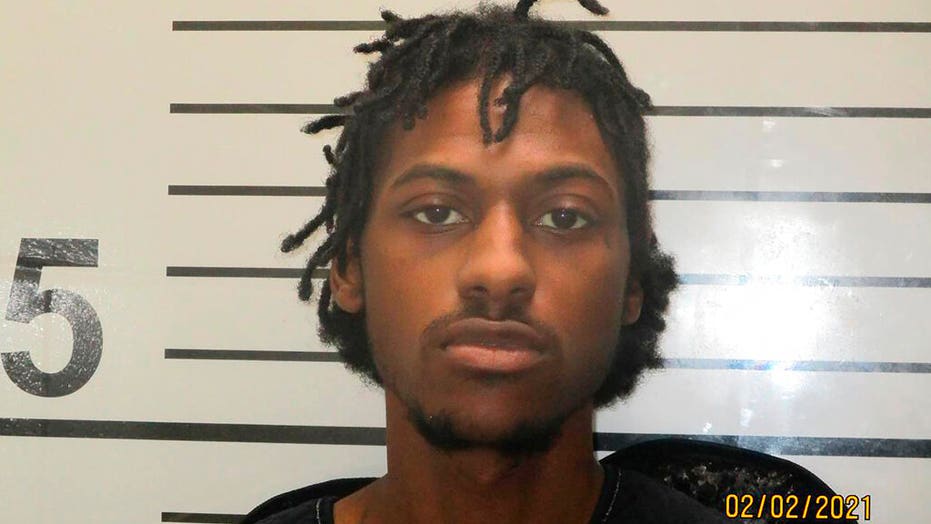 Six people -- including five "small children" -- died and a second adult was injured Tuesday after a gunman opened fire at an Oklahoma home, police said.

Police received a 911 call at approximately 1:30 a.m. for a report of multiple people shot at a home on Indiana Street in Muskogee, which is located roughly 45 miles southeast of Tulsa, local FOX23 News reported.

Police responded to find a suspect carrying a gun. At some point during the encounter, an officer shot his service rifle one time, but missed the suspect who fled from the area, the outlet reported.

Jarron Deajon is in custody as a suspect, after six people, including five young children, were shot to death early Tuesday at a home in Muskogee, Okla.  (Muskogee County Sheriff's Office via AP)

Officers at the scene found one man and four children dead. A fifth child was rushed to a Tulsa hospital, but could not be saved, police said. A woman who was shot and wounded but was in stable condition Tuesday afternoon, police said. Authorities have not released the victims' names.

Muskogee Police Officer Lynn Hamlin described the slain youths as "small children." She also said authorities don’t yet have a motive but do not believe any other suspects are involved.

"We don’t believe that it’s random but we just don’t have details yet of the why or what happened," Hamlin said.

Hamlin said the suspect and victims all lived in the home, but the exact nature of their relationships had not been determined.

"It was not random obviously because they all did live in this home together, but as far as what all those relationships look like, we just don't know that yet," Hamlin said.

She said Pridgeon was not cooperating with investigators. It was not immediately clear if he had an attorney who could speak on his behalf.