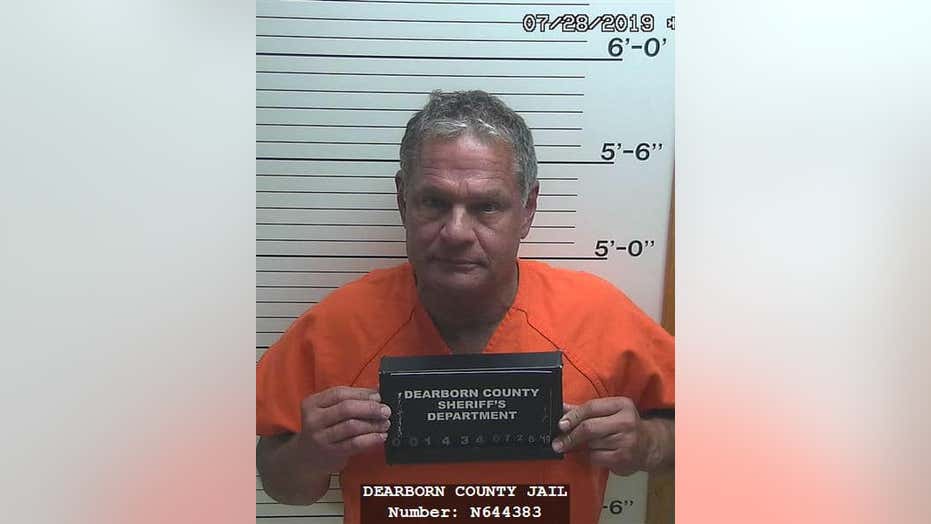 An Ohio doctor said he was acting in self-defense Saturday when he beat his 5-year-old English Mastiff with a hammer and then shot the dog, according to prosecutors.

Authorities responded to the home of Joseph Stubbers, in West Harrison, Ind., after a neighbor grew concerned for the dog, Cooper, and called 911 after noticing the man was cleaning his garage with bleach.

Joseph Stubbers was arrested after he allegedly struck his dog with a hammer and shot it, prosecutors said. (Dearborn County Jail)

When deputies responded, they discovered "spots of blood, a hose turned on, bleach sitting on top of a trashcan, [and] a live .40 caliber round sitting in the driveway," the Dearborn/Ohio County Prosecutor's Office wrote in a press release.

Deputies said two spent .40 caliber rounds and one bullet with hair on it were also found at the home.

Investigators followed a trail of blood toward the front of the house, where they saw "a large dog on the front porch with the doors open and it licking its front leg." The dog's right eye was "mutilated" and had fresh blood coming out of it, according to prosecutors.

Stubbers told deputies the dog attacked him and he felt "he had to put the dog down tonight." When a deputy told him the dog was still alive, Stubbers allegedly said the dog "latched" onto his arm earlier, prompting Stubbers to whack the dog with a hammer in self-defense.

Deputies stated they didn't see any marks on Stubbers' arms that would indicate the dog attacked him.

One neighbor told WKRC that Cooper is a friendly dog.

“Really good dog," said the resident, who was not identified. "Fed Ex, UPS and the big companies love him when they come to make deliveries. Just a great dog."

Officials said the dog was taken in by Dearborn County Animal Control and was being treated by veterinarians.