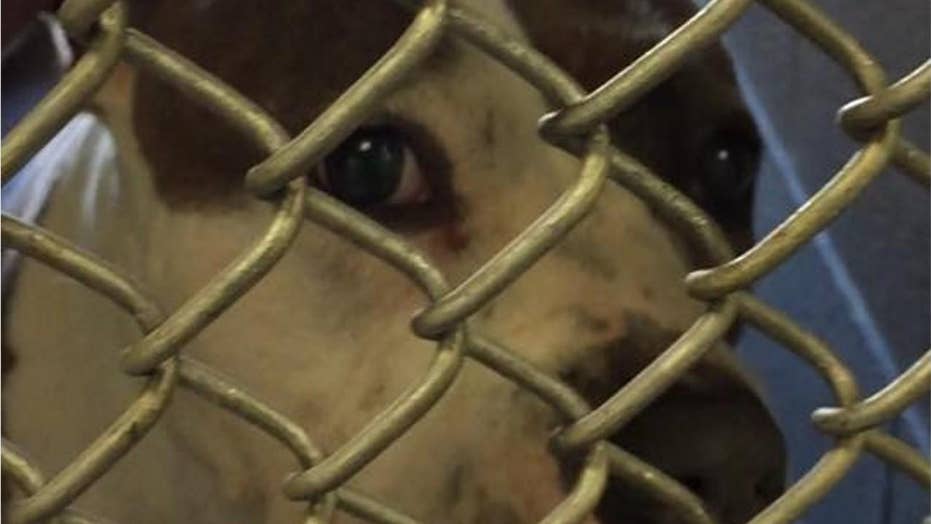 The heartbreaking letter left with an abandoned dog in Connecticut.

The person who abandoned a young pit bull in a Connecticut park Friday left a note with the ditched dog explaining why the owner could no longer care for the "amazing" animal.

The pooch, who's about two weeks shy of her third birthday, was found tied to a tree in Cranbury Park, according to animal control officials.

PUPPY ABANDONED ON SIDE OF MISSISSIPPI ROAD IN ARMCHAIR, ANIMAL CONTROL SAYS

The dog was wearing a black collar but had no tags and no microchip — but the pit bull did have a note attached from her former owner, and the Norwalk Animal Shelter posted the message to Facebook.

"To whomever loves dogs: She's an amazing dog," the person wrote. "Human friendly. Dog Friendly. All shots. And a sweetheart."

The ex-owner said the dog's name is Annabell and ended the brief letter with an explanation and a plea: "Couldn't afford her please help."

The story left commenters on Facebook heartbroken. "So sad for this young dog!" one person wrote.

Another social media user wrote that it "must have been painful" for the owner to give up the dog.

"Times are so difficult for some, and people don't sometimes realize the extreme expense of a pet. Judging is easy, understanding is hard," the commenter posted.

It's illegal to abandon animals in Connecticut, per state law.