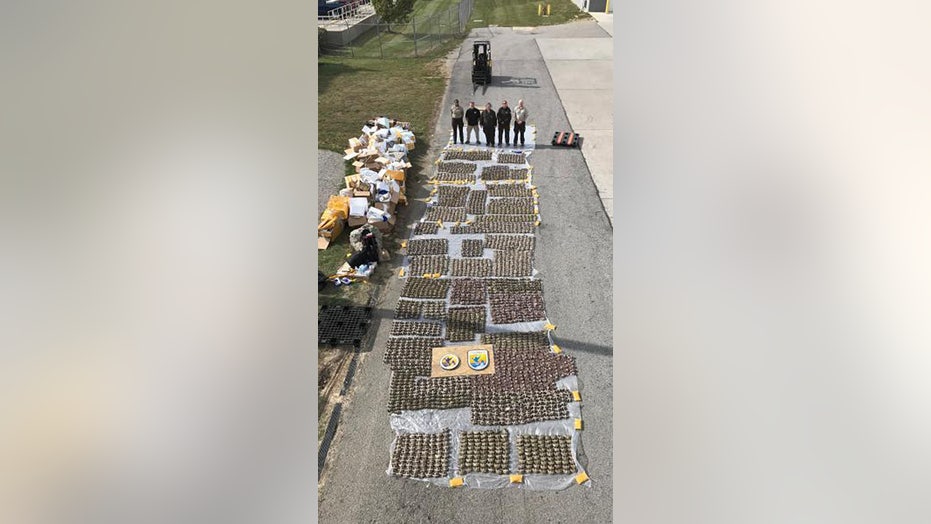 Customs agents in Cincinnati have seized approximately 3,700 mitten crabs, considered among the world’s most invasive species, from several shipments heading to the U.S. from China and Hong Kong.

U.S. Customs and Border Protection officials said that agents at the Port of Cincinnati intercepted 51 shipments of the crabs, totaling around 3,400 pounds, over the last four months. The shipments came from China and Hong Kong, and most were set to arrive in New York.

Officials said in a press release that the live crabs were shipped falsely as "tools and various clothing articles.”

More than 15,000 mitten crab have been seized by CBP since September, with Cincinnati seeing the highest volume. (U.S. Customs and Border Protection)

The crustaceans are a delicacy in Asia and can sell for $50 each, but because of their invasive nature, they’ve been banned in the U.S.

“As a unified border agency, CBP is committed to a fully integrated approach toward international security,” Cincinnati CBP Supervisory Agriculture Specialist Barbara Hassan said. “In this case, we worked closely with [U.S. Fish and Wildlife] to stop a serious threat to our economy and ecology.”

More than 15,000 mitten crabs have been seized by Customs since September, with Cincinnati seeing the highest volume.